Hallucinations in people with seizures may signal suicide risk – study 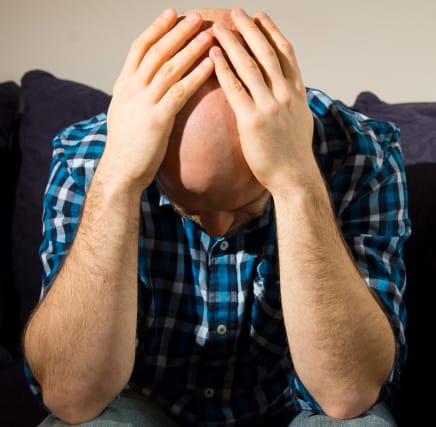 Hallucinations in people with seizures may point to a risk of suicide, research suggests.

Findings from a study show that 8% of people with a history of seizures report hallucinations, including experiences of hearing or seeing things that are not based in reality.

Of that 8%, almost two thirds had one or more mental health disorders and 53% had attempted suicide on one occasion or more.

Researchers from Trinity College Dublin and the Royal College of Surgeons in Ireland (RCSI) said they had showed for the first time the mental health significance of hallucinations in people with a history of seizures.

The study is published in the medical journal Epilepsia.

Researchers assessed a wide range of physical and mental health factors in 15,000 people living in the UK as part of one of the longest-running studies of mental health in the general population.

The report stated that hallucinations are known to occur in a proportion of adults with seizures but may be “erroneously” viewed as “incidental” symptoms of abnormal electrical activity in the brain and nothing more.

The authors of the report said the findings show that these symptoms are not just incidental in people with seizures, but are “important markers” of risk for mental ill health and for suicidal behaviour.

Dr Ian Kelleher, research associate professor of psychiatry at Trinity and senior author of the study, said: “People with epilepsy are known to be at increased risk of suicide.

“But among individuals with seizures, it’s hard to pick out who is most at risk.

“What this research shows is that people with seizures who report hallucinations are a particularly high-risk group for suicidal behaviour – about half of these individuals had one or more suicide attempt.

“So it’s important in epilepsy clinics to ask about hallucinations – and where someone endorses these symptoms, to carefully examine their mental state.”

The researchers said that in Ireland, anecdotal evidence suggests that auditory and visual hallucinations are not “routinely assessed” in epilepsy clinics.

Kathryn Yates, study author from the RCSI, said: “It’s not surprising that individuals with seizures have a higher rate of hallucinations – almost any disease that affects the brain is likely to increase risk of hallucinations.

“But what’s clear from this work is that, for clinicians working with people with seizures, asking about auditory and visual hallucinations should be a routine part of their assessment.”