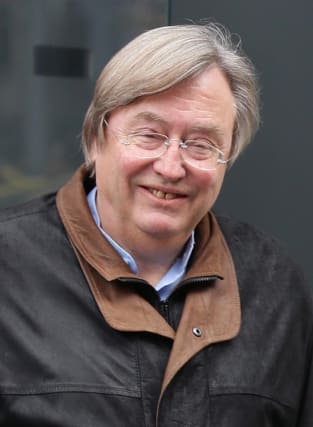 Former Conservative minister David Mellor “behaved unprofessionally” during a meeting with representatives of a Middle Eastern sheikh, a High Court judge has been told.

Mr Mellor was working as a consultant to PCP Capital Partners, a private equity firm run by businesswoman Amanda Staveley, when he attended the meeting with representatives of His Highness Sheikh Mansour bin Zayed Al Nahyan of Abu Dhabi, in 2009, Mr Justice Waksman heard.

He had left the meeting after a colleague said his views did not “reflect the views” of PCP.

Detail of Mr Mellor’s behaviour at the meeting emerged on the third day of a High Court trial in London.

Ms Staveley says Barclays’ bosses misled her, shareholders and the market when negotiating investment deals during the 2008 global financial crisis.

Lawyers representing the businesswoman have told the judge that bank bosses agreed to provide an unsecured £2 billion loan to Qatari investors.

They say the loan was “concealed” from the market, shareholders and from PCP.

Ms Staveley’s firm says it is owed money, for the work it did setting up a Middle East investment deal for Barclays during the 2008 crisis, and wants £1.6 billion damages.

The judge has been told that PCP introduced an investor, Sheikh Mansour, to Barclays and “subscribed” to invest £3.25 billion.

Lawyers representing Barclays have described PCP’s claim as “opportunistic and speculative”. They said “PCP in fact made no loss”.

One of Ms Staveley’s former partners at PCP told the judge about Mr Mellor’s behaviour at the meeting, on Wednesday.

Mr Eadie said he understood from Ms Staveley that Mr Mellor was “well connected” in the Middle East from his time as a government minister and that he used those connections to make introductions in connection with the Barclays deal.

He said, in February 2009, he and Ms Staveley attended a meeting with representatives of Sheikh Mansour in London.

Mr Eadie said Mr Mellor, now 71, who was MP for Putney between 1979 and 1997 and held a number of ministerial posts, was also invited.

He told the judge, in a written witness statement: “Unfortunately, Mr D Mellor behaved unprofessionally at the meeting and I made a comment to the effect that his statements did not reflect the views of PCP, as a result of which he left the meeting.”

Mr Justice Waksman began overseeing the trial, which is being shown online and is expected to last two months, on Monday.

Ms Staveley, who in recent months has been involved in brokering a deal which could see a Saudi consortium take control of Premier League football club Newcastle United, is due to start giving evidence on Thursday.

Lawyers representing PCP outlined the firm’s claim at the start of the trial.

Joe Smouha QC, who leads PCP’s legal team, said the claim arose out of the recapitalisation of Barclays during the financial crisis in October and November 2008.

He said the only other “strategic investors” were the State of Qatar and its prime minister, Sheikh Hamad Bin Jassim Bin Jabr Al-Thani.

But he said PCP had been induced to invest on “manifestly worse terms” than the Qatari Investors.

He told the judge: “Barclays deliberately misled not only PCP but also its own shareholders and the market in this regard.”

Jeffery Onions QC, who is leading the Barclays’ legal team, has described PCP’s claim as “made of sand”.

He said Ms Staveley’s evidence was not supported by documentation.

In February, three former Barclays’ bosses were cleared of fraud over a £4 billion investment deal with Qatar at the height of the banking crisis. The Serious Fraud Office had alleged that lucrative terms given to Qatar were hidden from the market and other investors. But Roger Jenkins, Thomas Kalaris, and Richard Boath were acquitted by jurors following a trial at the Old Bailey.