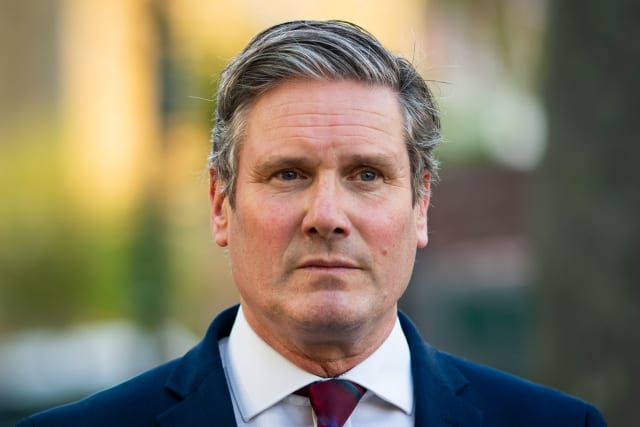 Labour leader Sir Keir Starmer has accused ministers of “mismanagement” over the reopening of schools, putting at risk both the “welfare and education” of children.

Sir Keir, in an article in The Telegraph, said the issues facing Downing Street on ensuring pupils were safe to return to classrooms were “entirely foreseeable” and criticised the Prime Minister for failing to meet with opposition parties to put together a plan.

“There was no plan, no consensus, no leadership,” he said.

Sir Keir said leaving children at home would be damaging not only to their learning but also their welfare.

He said: “We now have the ridiculous situation where next week betting shops and theme parks will open, but parents are not clear when their children will go back to school.

“The longer schools are shut, the greater the damage to children’s wellbeing and education and the increasing pressure on parents who are having to juggle childcare and work commitments.

“The warning from the Children’s Commissioner a few days ago could not have been starker: a generation of children now risk losing out on over six months of education.”

The criticisms follow on from Sir Keir’s pointed comments during Prime Minister’s Questions, during which he told Boris Johnson that parents had “lost confidence” in the Government’s schools plan and warned that millions of children could miss six months’ worth of education.

Education Secretary Gavin Williamson was forced to admit defeat this week over plans – set out in the Government’s coronavirus recovery plan – for primary schools to fully reopen.

But some schools said they did not have enough space on site to admit all pupils in the eligible year groups, while adhering to Government guidance to limit class sizes to 15 and encourage fewer interactions.

At the Downing Street press conference on Wednesday, Mr Johnson acknowledged he was “moving slower than we would have liked in some areas” – but he said he wanted all pupils back in classrooms by September.

But Sir Keir said that target was in danger of being missed if a plan was not put in place soon.

“Without a plan, there is a risk that even by September many schools will not be able to reopen, and some children could be out of education for an entire year,” the former director of public prosecutions said.

He argued that “creativity” needed to be used to utilise the empty buildings across Britain, including theatres, museums and libraries, so they could be “repurposed” as makeshift classrooms.

The Opposition leader called for Chancellor Rishi Sunak to announce fresh funding in the pre-Budget report next month to pay for education “over the summer months” while also pushing for a one-to-one meeting to take place between teachers and parents before the holidays.

At the press briefing, Mr Johnson said school pupils would undergo a “massive catch-up operation over the summer and beyond” to get up to speed on work they have missed.

He said details of the catch-up plans will be outlined by Mr Williamson next week.