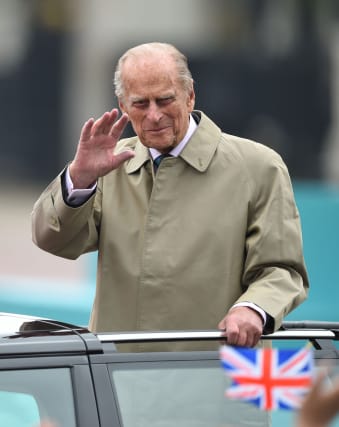 The Duke of Edinburgh has celebrated turning 99 with birthday calls from his family and by spending the day with the Queen at Windsor Castle.

Philip famously does not like a fuss, so he will have marked his milestone in the sanctuary of the Berkshire castle, with his wife of more than 70 years at his side, in a low-key way.

With the royals scattered around the country in lockdown, the duke was apart from his children, grandchildren and great-grandchildren.

Princess Eugenie shared a tribute on Instagram, saying: “Grandpa, we wish you a special day … and may all grandparents celebrating birthdays in lockdown have a wonderful time.”

The family has been using Zoom video calls, FaceTime and the phone to communicate over the past few weeks.

The Prince of Wales spoke last week about not seeing the duke, saying in an interview with Sky News: “Well I haven’t seen my father for a long time.

“He’s going to be 99 next week, so yes, or my grandchildren or anything. I’ve been doing the FaceTime, is all very well but … ”

He added: “It isn’t the same, is it? You really want to give people a hug.”

Charles is 500 miles from Windsor, at Birkhall in Scotland with the Duchess of Cornwall, while the Queen and Philip’s other children, the Princess Royal, the Duke of York and the Earl of Wessex, are all at their separate homes.

William and Kate are at Anmer Hall in Norfolk with their children Prince George, Princess Charlotte and Prince Louis, while the Duke and Duchess of Sussex and their one-year-old son Archie Mountbatten-Windsor are thousands of miles away in Los Angeles.

A source close to the Sussexes said they were set to speak to the duke with Archie to send their birthday wishes.

The royal family posted images of Philip and released happy birthday messages on social media throughout the day.

The post included an image of William with his grandfather as they watched the Rugby World Cup final at Twickenham in 2015, and one of Kate with Philip at the Patron’s Lunch celebrations for the Queen’s 90th birthday in 2016.

Their Clarence House account shared an image of a young Charles with his father in a motorboat at Cowes in 1957, and another of them together, smiling at one another, in Poundbury, Dorset, in 2016.

It posted a collection of photographs of the duke through the decades, including of Philip with Princess Elizabeth as proud parents with six-month-old Prince Charles in 1949, and as a young Naval commander in 1951.

Philip was photographed with the Queen to mark his birthday, in the sunshine at Windsor, where they have been staying for the past three months.

The portrait was the first public image of the duke for nearly six months – he was last seen leaving hospital on Christmas Eve.

Philip retired from official duties in 2017 after decades of public service.

He was born Prince Philip of Greece and Denmark on the island of Corfu on June 10 1921.