‘Turn the tide’ on coronavirus in 12 weeks – was Boris Johnson right? 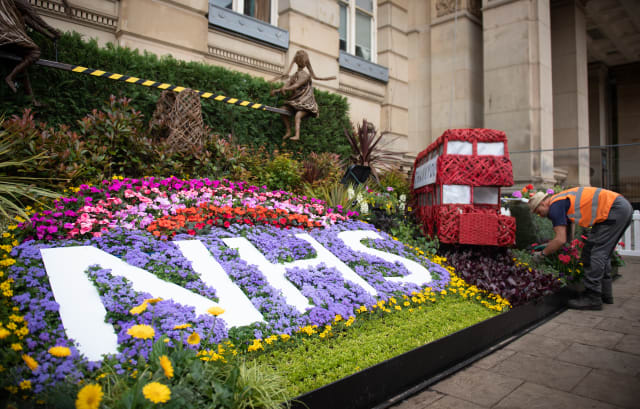 Prime Minister Boris Johnson announced at the Downing Street press conference on March 19 that “we can turn the tide” on coronavirus “within the next 12 weeks”.

Those 12 weeks are up on June 11 – so do the latest statistics suggest the tide has been turned?

On the date Boris Johnson made his speech, March 19, there were a total of 77 deaths involving Covid-19 in the UK.

This figure is based on the number of registered deaths where Covid-19 was mentioned on the death certificate, and is published by the UK’s statistical agencies.

The daily total rose steadily through the rest of March and early April, peaking with 1,441 deaths occurring on April 8.

Since then the number of deaths per day has been on a broadly downwards trend, dropping below 1,000 on April 24 and 500 on May 10.

The latest available figure, based on registered deaths across the UK, is for May 29, when 211 deaths occurred.

In terms of the volume of deaths taking place each day in the UK, a tide has been turned – though we are yet to return to the levels of mid-March.

Up to the end of March 19, the date of Mr Johnson’s speech, 355 deaths involving Covid-19 had so far taken place in the UK.

From the growing gaps between these dates, it is clear that the rate of the increase in deaths is slowing down – or what could be described as a modest “flattening of the curve” on a line graph. This could also be said to represent a turning of the tide.

The four nations of the UK report data on hospital admissions with Covid-19 in slightly different ways, so a UK-wide comparison is not possible.

The earliest available figure for England is for March 26, a week after Boris Johnson’s “turn the tide” statement, when the number of hospital admissions with confirmed cases of Covid-19 was 1,639.

There was a peak on April 1 of 3,099 admissions, followed by a slow if inconsistent trajectory downwards. The last time this number was above 1,000 was on May 7, and stood at 306 admissions on June 6.

Hospital admissions is particularly useful as a “leading indicator” – in other words, an early sign of any impending change in the volume and severity of Covid-19 infections.

The latest figures do not suggest any deviation from the long-term fall that began in early April, so in England this tide does appear – for now – to have been turned.

The same appears to be true for the other nations of the UK, though here the numbers have been much lower than England, so the trends are less clearly defined.

In Wales the number of admissions (both confirmed and suspected cases) peaked on April 1 at 207, and the number has not been higher than 150 since April 17.

In Scotland (confirmed cases only) there was a peak of 213 admissions, again on April 1. The number has not been higher than 100 since April 17 and no higher than 20 since May 18.

In Northern Ireland (confirmed and suspected cases) there was a peak of 155 admissions on April 27. The number has not been above 100 since May 6.

This is a less reliable measure than the three mentioned above, for the simple reason that many cases of Covid-19 have not been detected. Not everybody who has had the virus has been tested, while many people may have had the virus and not realised. Numbers for confirmed cases are also influenced by how many tests have been carried out, and this varies between areas and regions.

Bearing all this in mind, the latest figures suggest that – based on a seven-day rolling average – the number of new cases has been falling over the past month.

These figures are based on the numbers reported each day by the Department of Health and Social Care.

Looking at all four measures – deaths per day, cumulative deaths, hospital admissions and new cases – it does seem that the country has been able to “turn the tide” on coronavirus since Boris Johnson made his speech 12 weeks ago.

Whether it has been turned for good, however, is much too early to say.