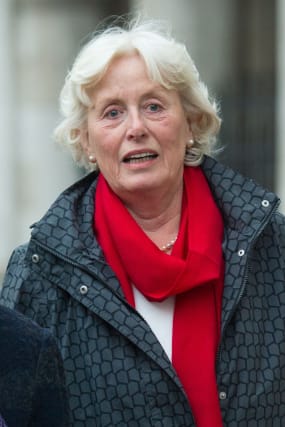 A woman who failed to persuade Supreme Court justices that her “loveless” marriage should end has welcomed moves to reform divorce law.

Tini Owens, who lost a Supreme Court fight nearly two years ago, said she is pleased that MPs have voted to bring in “no fault” divorce legislation.

Currently in England and Wales, unless someone can prove adultery, unreasonable behaviour or desertion, the only way to obtain a divorce without a spouse’s agreement is to live apart for five years.

“My devastating experience going through the divorce courts left me trapped in my marriage and unable to move forward with my life,” said Mrs Owens.

“I am so pleased with the vote to bring in legislation which is fit for the 21st century and which should mean that in the future, couples will not have to go through the unhappy, long, arduous and expensive divorce process which I have had to endure and which I would recommend to no-one.”

Mrs Owens, then 68, had said her 40-year marriage to Mr Owens, then 80, was “loveless” and “broken down”, and she said she wanted a divorce.

She said he had behaved unreasonably and said she should not reasonably be expected to stay married.

But Mr Owens had refused to agree to a divorce, justices heard, and denied Mrs Owens’ allegations about his behaviour.

He said if their marriage had irretrievably broken down it was because she had an affair, or because she was “bored”.

Mrs Owens, who lived in Broadway, Worcestershire, with Mr Owens, had earlier lost fights in a family court and in the Court of Appeal.

The solicitor who represented her also welcomed plans for reform.

“I am delighted that the House of Commons have voted in favour of divorce law reform,” said Simon Beccle, who is based at Payne Hicks Beach.

“Once, hopefully, this no-fault or no-conduct divorce legislation has been brought into effect, couples will be able to divorce with greater dignity without them having to trawl over their conduct or behaviour towards one another and attribute blame for the breakdown, which often has a negative effect at the outset of proceedings and so often damages efforts to resolve issues relating to finances and children.”