When are children set to return to school across the UK? 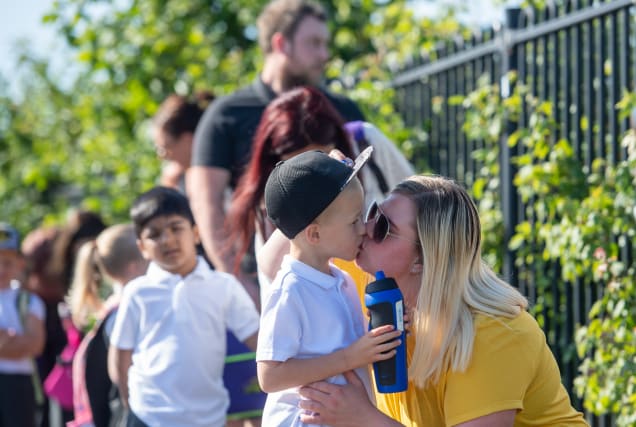 The Education Secretary has confirmed that primary schools in England will not be able to welcome all pupils back before the summer holidays.

The Government’s ambition had been for all primary schoolchildren to return to the classroom for four weeks before the end of the summer term – but Gavin Williamson has announced that this will not be required.

Here we take a look at when pupils are set to go back to school across the UK:

– Which year groups in England are already back at school?

Schools, colleges and nurseries across the UK closed more than 11 weeks ago due to the coronavirus outbreak, remaining open only for vulnerable pupils and the children of key workers.

But last week, children in nursery, Reception, Year 1 and Year 6 began returning to school in England.

Government guidance says these children should be kept in class sizes of no more than 15 pupils.

– Have all schools in England reopened to children in these year groups?

A number of councils, including in the north west of England, have advised schools to delay reopening more widely to children after new data suggested coronavirus could still be spreading in their local areas.

Meanwhile, some school leaders have said they do not have enough physical space on site to admit all pupils in the eligible year groups, while following Government guidance to limit class sizes to 15.

The latest Government figures show that just over half (52%) of primary schools reopened to more children on Thursday last week.

– When are secondary school and college pupils in England due to return?

The Government wants secondary schools and colleges to provide “some face-to-face support” to Year 10 and 12 pupils, as well as 16 to 19-year-old students who are due to take key exams next year, from June 15.

Only a quarter of pupils will be able to attend at any one time in order to limit the risk of transmission.

Mr Williamson has told MPs that he plans for GCSE and A-level exams to go ahead as normal next year.

– What about children in the other year groups?

The original aim to get all primary school children back to school before the summer has been dropped.

But Mr Williamson said he would like to see schools who “have the capacity” bring back more pupils where possible before the summer holidays.

He has said that the Government is “working to bring all children back to school in September”.

– How does the return to school plan differ in Scotland?

The Scottish Government aims to have all children back in schools on August 11, but they will spend around half their time in school and the other half at home.

Education secretary John Swinney has said parts of the school estate could be expanded to allow social distancing to be observed, and community centres, conference halls and libraries could also be used.

Children are set to return to a “blended model of part-time in-school and part-time at-home learning”.

– When are pupils set to return in Wales?

The Welsh Government plans to reopen all schools on June 29.

Education minister Kirsty Williams said a four-week term ending on July 27 would give pupils, staff and parents time to prepare for a “new normal” when the next academic year begins in September.

Ms Williams said a phased approach for the reopening of schools would see staggered starts, lessons, and breaks for pupils, with a third of children at most in school at any time.

– When are children in Northern Ireland due to go back to school?

All children are intended to restart classes on a phased basis in September, but schools can accept pupils preparing for exams in the third week of August.

Those studying for major public tests and transfer from primary to post-primary schools would be among the first to return to classes under an envisaged phased reopening, education minister Peter Weir said.

Exams for entrance to post-primary schools are due to be held two weeks later this autumn to allow more time for primary teachers to catch up on lost lesson time since the school closures.