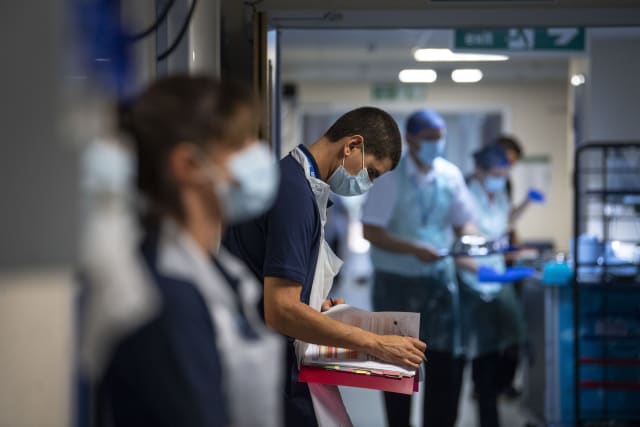 The Office for National Statistics (ONS) has published its latest data for the number of deaths involving coronavirus in England and Wales.

Here are five things the figures tell us about the situation across the whole of the UK.

– There have been more than 63,500 excess deaths in the UK since the outbreak began

Together, this means the total number of excess deaths in the UK across this period now stands at 63,596.

Some 45,408 were deaths where Covid-19 was mentioned on the death certificate, including suspected cases.

Initial research published last week by the ONS into the number of non-Covid-19 excess deaths suggested undiagnosed Covid-19 could help explain some of the cases, but there is not enough evidence at present to confirm this.

Tuesday’s ONS figures show that 46,421 deaths involving Covid-19 had occurred in England and Wales up to May 29, and had been registered by June 6.

Figures published last week by the National Records of Scotland showed that 3,911 deaths involving Covid-19 had been registered in Scotland up to May 31.

And data from the Northern Ireland Statistics and Research Agency, also published last week, showed 757 deaths involving Covid-19 had occurred in Northern Ireland up to May 29, and had been registered up to June 3.

Together these figures mean that so far 51,089 deaths have been registered in the UK where Covid-19 was mentioned on the death certificate, including suspected cases.

And in Northern Ireland, a further nine people who had tested positive for Covid-19 died between May 30 and June 7, according to the Northern Ireland Department of Health.

Details of deaths that took place in Scotland since the cut-off point for the latest registration data (May 31) are not available, because the Scottish Government does not report deaths by the date on which they occurred.

The ONS says there were 46,421 deaths involving Covid-19 in England and Wales up to May 29, and which were registered up to June 6.

This compares with 35,967 deaths of people testing positive for Covid-19 reported by the Department of Health and Social Care for the same period.

The ONS total is 29% higher than the Department of Health total.

– The proportion of deaths taking place in care homes is falling

Deaths in care homes accounted for nearly a half of all deaths involving Covid-19 in England and Wales every day through late April and early May, peaking at 50% of all deaths on May 9.

Since mid-May the proportion has been falling, however.

On May 29, the latest date for which data is available, 33% of deaths took place in care homes – the lowest level since April 15.

These numbers could be revised as further data on death registrations is processed.