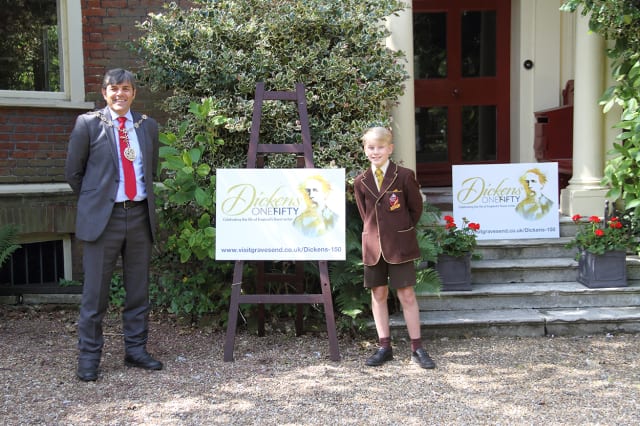 The 150th anniversary of the death of Charles Dickens has been marked in the picturesque village where he died.

A small ceremony was held at Gad’s Hill Place in Higham, Kent, with pots of the famed author’s favourite flowers placed on the steps of the house.

Plans for commemorations throughout June to mark the milestone had to be shelved due to the ongoing pandemic.

“I suspect Dickens would have greatly sympathised with us all in our current pandemic predicament and appreciated, given the times, being honoured in such an unostentatious and private manner.

“We are separated by circumstances – an awkward state recognised by Dickens in the words of farewell from blacksmith Joe Gargery to Pip in Great Expectations: ‘Life is made of ever so many partings welded together’.

“My hope is that soon we will be able to gather together again to commemorate Dickens’ life in a fuller way.”