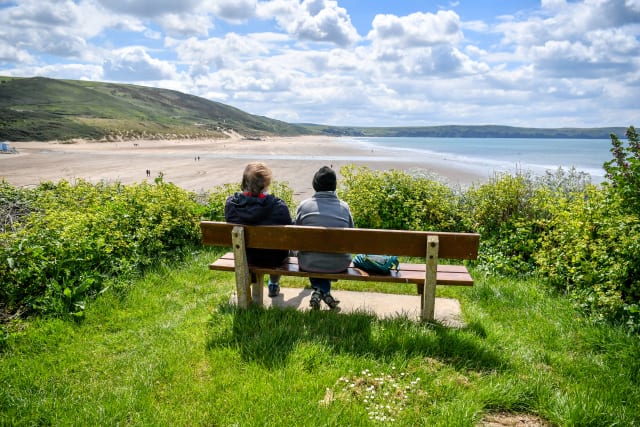 Sales of higher-value homes priced at £1 million-plus have rebounded particularly strongly in recent weeks as buyers look to change their lifestyles and work habits more permanently, according to property experts.

They are reporting that buyers are looking to trade up to properties in the Home Counties, within commuting distance of work.

And those who need to commute less frequently are “flipping” second homes located in areas such as the Cotswolds and Devon, so that these locations become their main place of residence rather than a holiday bolthole.

According to property website Zoopla, million-pound home sales are now 16% higher across the UK than they were in early March.

However, this price bracket still accounts for fewer than 5% of sales overall.

Zoopla said the number of new sales being agreed generally is currently around 12% below levels seen in early March, although momentum has been growing.

It said that, while England’s housing market is now back open for business after the market ground to a near-halt, London is lagging behind the rest of the country as buyers look outside the capital.

Richard Donnell, director of research and insight at Zoopla, said the coronavirus pandemic has “brought a whole new group of would-be buyers into the housing market”.

He said: “Activity has grown across all pricing levels, but the higher the value of a home, the greater the increase in supply and sales as people look to trade up.

“New sales in London are lagging behind as buyers look at commuting and moving into the regions.”

It also said that in the Cotswolds, as well as Devon and Cornwall, there has been evidence of people looking to replace a second home with a larger family home.

At the same time, they are downsizing their family homes in London and the South East for smaller properties which they can use during the working week – thereby “flipping” their main living arrangements.

Lucian Cook, Savills head of residential research, said: “Without doubt, pent-up demand accounts for some of the bounce in transaction numbers, but it also tells us that for those buyers with stable incomes who’ve been able to shield their finances through the lockdown, there is still a pretty strong resolve around moving, including within London’s domestic prime markets.

“These numbers also underscore the extent to which lockdown has caused people to re-evaluate what is most important in the space they occupy, with a greater focus on outdoor space and perhaps a home working space.

“This would explain the rise of the Home Counties, while those able to consider only an occasional commute are looking further afield – to the Cotswolds, Devon and Cornwall for family lifestyle reasons – with some retaining a London base for weekday use.”

Mr Cook added: “This represents a window of opportunity for sellers, however, while transactions have ticked up, this requires pragmatism around pricing from both buyers and sellers, with the latter slightly softening their expectations on pricing.”