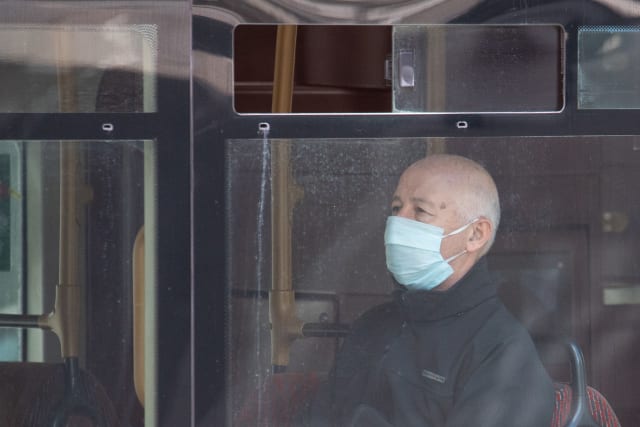 People in Wales should wear face coverings when using public transport, the health minister has said.

Vaughan Gething said non-medical coverings with a minimum of three layers could reduce transmissions of coronavirus in situations “where social distancing is not possible”.

Wales had been the only country in the UK not to recommend the use of face coverings in public, with Mr Gething previously saying it should be “a matter of personal choice”.

But the change in advice does not make wearing them mandatory, unlike in England where passengers using public transport can be refused travel or fined if they fail to do so from June 15.

It came as Public Health Wales said a further nine people had died after testing positive for Covid-19, taking the total number of deaths to 1,410, while the total of cases increased by 42 to 14,480.

On Tuesday, Mr Gething said the Welsh Government was changing its guidance on the use of face coverings in public places after the World Health Organisation (WHO) updated its own advice on Friday.

He told the daily press briefing in Cardiff: “The most obvious example is public transport, where more than about 15% of capacity is likely to mean the two-metre social distancing is not possible.

“A homemade or purchased three-layer face covering might reduce transmission from one person to another if made, worn, handled and removed or disposed of properly.”

Mr Gething said the new guidance was only for people who were showing no signs of Covid symptoms, and that those with symptoms should continue to isolate for seven days and request testing.

The Welsh government would not make wearing them mandatory, he said, and the recommendation did not cover using face coverings outdoors or places like supermarkets, where he said there were already provisions to help social distancing.

And Mr Gething said it would be up to train companies to decide what they will ask of passengers who travel to or through England.

A document published by the Welsh Government’s Technical Advisory Cell (TAC) on Tuesday said well-fitted face coverings would “serve to protect the wearer from infection and others from transmission if the wearer is infectious” by obstructing small droplets containing viral particles.

Last month, Mr Gething said Wales’ chief medical officer Frank Atherton “does not recommend that everyone should wear face masks or coverings”, while First Minister Mark Drakeford said there was only a “marginal public health case” for non-medical face coverings.

But last Friday, the British Medical Association called on the Welsh Government to change its stance, saying it advocated wearing non-medical coverings where the public could not socially distance, and said it wanted to see a supply were made available to the public.