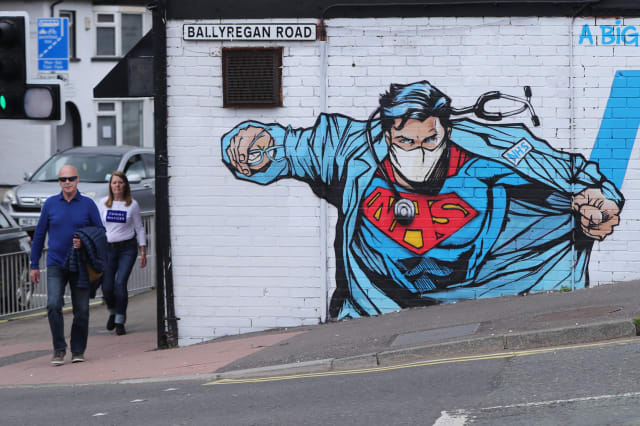 No new deaths with coronavirus have been reported in Northern Ireland for a third day.

According to department of health figures, which refer mostly to deaths in hospital, the number who have died with Covid-19 remains at 537.

However, the official statistics also indicate the virus is continuing to spread with three new confirmed cases reported on Tuesday, bringing the total in the region to 4,805.

According to the latest figures, most of the deaths have been patients in Belfast who are aged 80 years or over.

There were 159 deaths recorded in Belfast, followed by 59 in the Armagh, Banbridge and Craigavon council area.

The fewest number of deaths (10) were recorded in the Fermanagh and Omagh council area.

Another set of figures is released every Friday by the Northern Ireland Research and Statistical Agency (Nisra), which is usually a higher number as it includes deaths in other settings such as care homes or residences.

That method of counting has also seen a drop in the numbers of deaths recorded in Northern Ireland, with a tally of 757 up to May 29.

The drop in deaths in Northern Ireland comes following 12 weeks of lockdown measures.

Initial strict stay-at-home rules have been subject to a series of easements by the Stormont executive in recent weeks, with smaller retail shops set to reopen their doors this Friday.