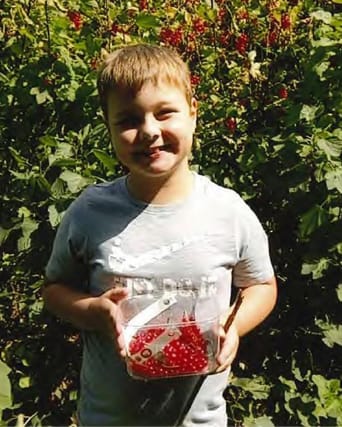 A mother and her friend have been jailed after a nine-year-old boy was fatally attacked in a caravan by a dog.

Frankie MacRitchie, from Plymouth, died while on holiday at Tencreek Holiday Park in Looe, Cornwall, in April last year.

He had been staying at a caravan in the park with his mother, Tawney Willis, 31, and her friend Sadie Totterdell, 29.

Totterdell brought her dog Winston, an American bulldog cross Staffordshire bull terrier, to the site during their stay.

On April 12, the women were joined by friends and spent the evening partying at the site’s social club and in a caravan.

Frankie was left alone with Winston, who weighed 45kg and had previously bitten another child, in the early hours.

Truro Crown Court heard Willis went to check on her son about two-and-a-half hours later and found him fatally injured.

A post-mortem examination found Frankie, who suffered 54 injuries during the attack, died from blood loss.

“Winston was an extremely powerful and – as you can see from what happened – potentially dangerous dog,” the judge said.

“Yet a decision was taken to leave Winston and Frankie in that caravan alone.

“I accept entirely that for the majority of his life, Winston had been a docile, happy, well-cared for dog but his size and strength must have been obvious to everybody.”

The judge told Totterdell that incidents in the past, including when Winston bit a young child who required medical treatment, should have reinforced that he could be dangerous and served as a “red flag”.

On at least one occasion, Winston had escaped from Totterdell’s garden and police had reminded her of her responsibilities as his owner, the court heard.

“We will never know what actually happened in that caravan,” the judge said.

Judge Carr also banned Totterdell from owning or having responsibility for a dog for 10 years.

The court heard Frankie had come to the caravan where the adults were partying at about 2am, saying he was hungry.

His mother took Frankie and Winston back to the caravan and left them alone while she returned to the party.

At about 4.30am, Willis went to check on Frankie and found him lifeless, with blood in the caravan and on Winston.

“The scene you found I know will haunt you for the rest of your life and you have developed PTSD as a result of what you saw and experienced,” the judge told her.

He described leaving Frankie and Winston together as “grossly negligent”.

The judge accepted that Willis and Totterdell, both from Plymouth, had been severely affected by what happened and showed genuine remorse.

Prosecuting, Simon Laws QC said some of the adults at the party had been taking cocaine and cannabis, as well as drinking.

At about midnight, Frankie went to a caravan by himself and Willis went to check on him “from time to time”, Mr Laws said.

Two hours later, Frankie came to say he was hungry and Willis returned him to the caravan with Winston.

At about 4.30am, Willis went to check on Frankie and discovered him lying on the floor with Winston sitting on the sofa covered in blood.

The boy’s PlayStation, which he was known to use while standing up with a raised voice, was still on when he was found.

“Attempts were made to give Frankie CPR but he was unresponsive,” Mr Laws said.

The court heard Totterdell then fled with Winston and boarded a train to Plymouth, where she was arrested by police.

Representing Totterdell, Ali Rafati described her as “extremely remorseful” and said she had agreed to his destruction.

Deni Matthews, representing Willis, said his client had “tremendous guilt” for failing to protect her son.

Speaking outside court, Detective Inspector Steve Hambly, of Devon and Cornwall Police, said the incident reminded “dog owner and parents” of their responsibilities.

“No-one intended for Frankie to be harmed, but Miss Willis accepts that her care of Frankie was neglectful on that night,” he said.

In a statement, Frankie’s father and his family said they could never forgive Totterdell and Willis for leaving the boy alone with Winston.

“Frankie was left alone to die in the most horrific way, beyond anyone’s imagination,” they said.

They described him as a “special young boy” who was funny, caring and loved everyone.