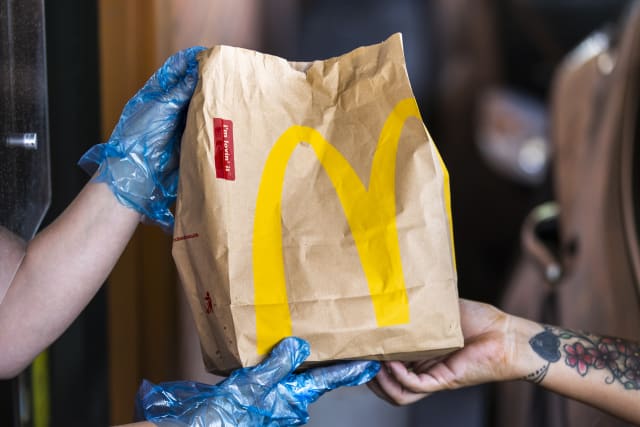 Fast food chain McDonald’s has revealed some restaurants will be reopening their doors for walk-in customers from June 17, as it also announced the return of the breakfast menu later this month.

The group said 11 restaurants in Roadchef service stations will open next Wednesday for takeaway and click-and-collect orders, allowing customers in for the first time since the lockdown in March.

If the trial is successful, it then aims to roll this out gradually to high streets, towns and city centre sites from June 24.

McDonald’s will also bring back McMuffins, bagels and hash browns on its breakfast menu on June 24, though only in a limited number of restaurants initially.

It hopes to extend the breakfast menu nationwide in July as part of its phased wider reopening.

The move comes after customers were left disappointed when the restaurants recently reopened for drive-thru and delivery were not offering the breakfast menu, due to limited staffing capacity amid the coronavirus crisis.

McDonald’s was forced to shut its restaurants across the UK amid the Covid-19 lockdown.

Last week, it had reopened more than 1,000 sites for drive-thru under plans for a gradual restarting of its operations.

It is also opening more stores for delivery, with another 570 offering this service across the UK and Ireland from June 10.

Rivals including Subway, Burger King, Pret A Manger, Nando’s and Wagamama have also recently laid out plans to rapidly open more sites as restaurant chains get to grips with the current lockdown restrictions.

Paul Pomroy, McDonald’s UK & Ireland chief executive, said: “Starting on Wednesday 17th June, in 11 Roadchef service station locations, we will welcome motorway users back inside our restaurants for the first time since March.

“We’re taking our time to get this right, reviewing our processes before we gradually roll-out to high streets, towns and city centres from 24th June onwards.”

He added: “I know that opening those doors will be incredibly satisfying for our restaurant teams, but it will also mean them getting used to the measures we have implemented to enable us to safely return.”

Only a certain number of customers will be allowed in each restaurant at any time and they will need to follow a one-way system, according to McDonald’s.

There will be hand-sanitising stations and its seating areas, toilets and lifts will remain closed.

McDonald’s staff will also use face coverings and gloves, while Perspex screens and other social-distancing measures have also been introduced.

For the time being, the chain said it will continue to offer a limited menu over reduced hours and will cap spending at £25.