Half of primary schools in England reopen to more pupils 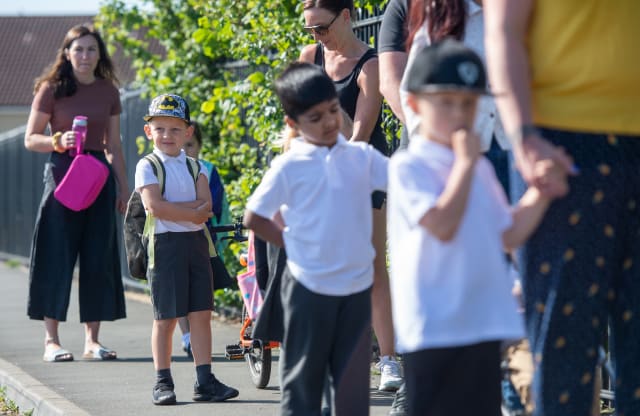 Around 11% of all nursery and primary school pupils attended education settings on Thursday – the first week that schools in England began admitting more children in nursery, Reception, Year 1 and Year 6.

The Department for Education (DfE) figures show that 52% of education settings that normally have children in nursery, Reception, Year 1 or Year 6 were open to at least one of these year groups on June 4.

The Government statistics are the first indication of pupil attendance since more children in England began returning to school and nursery last week.

Schools, colleges and nurseries closed more than 11 weeks ago due to the Covid-19 outbreak, remaining open only for vulnerable youngsters and the children of key workers.

Approximately 91% of all settings were open in some capacity on June 4, up from 80% on May 21 – the week before half-term when schools remained open to vulnerable pupils and children of key workers.

Approximately 166,000 children attended early years settings on June 4, up from 88,000 on May 21. This represents around 10% of the number of children who usually attend, according to the DfE analysis.

Education Secretary Gavin Williamson said: “Last week marked the first, cautious step in a phased approach to bringing more children back into the classroom with their friends and teachers again.

“It is encouraging to see the majority of primary schools open their doors to more pupils, and almost double the number of children now attending early years settings.

“This is still a difficult time for families and many feel anxious about their children going back – but I can reassure families, and those working in education settings, that the welfare of children and staff will continue to be at the heart of all our decisions.”