Student nurse Louise Kerton was last seen in Germany in July 2001, where she was supposed to be catching a train from the city of Aachen near the border with Holland and Belgium before taking a ferry to Dover.

Her father Phil Kerton, from Kent, has never given up hope of finding out what happened to his daughter, who was then 24, and he is following the fresh developments in the McCann investigation closely.

Speaking to the PA news agency on Tuesday, he said of the latest news: "It just confirms that the family have been right to keep persisting, there was something to find out there.

"Certainly the German police seemed confident they are onto something there.

"It gives one some sort of hope that the truth is out there to be found."

German prosecutors are reportedly examining any links between the suspect and the disappearance of two other children, and they believe there are victims of related sex crimes who have not come forward.

Mr Kerton added: "I have sort of given up getting too excited I am afraid.

"We have just got to keep calm but keep the pressure on."

He said his daughter had been "really careful" about travelling around and that it "seemed very unlikely" that she would have come to harm on a train somewhere.

Louise was a school friend of air hostess Lucie Blackman, who was found murdered in Japan in February 2001.

There is no direct evidence of anyone having seen Miss Kerton in Aachen or on the train she was due to take, nor at her intended destination of Ostend. 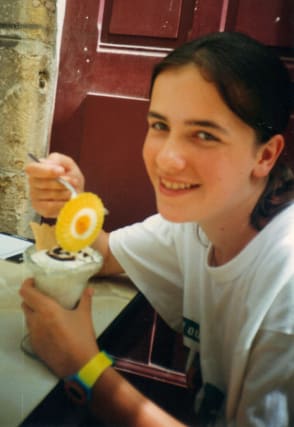 Mr Kerton says he would love Kent Police to be involved in the latest investigation if it might help shine a light on his daughter's case, but said he is not going to push German authorities while they are looking into what happened to Madeleine.

He added: "I am letting the authorises get on with investigating the Madeleine link, I do not want to distract them ."

Mr Kerton says he just wants them to ask about what happened to his daughter when Brueckner is questioned.