Facts about Philip as he turns 99 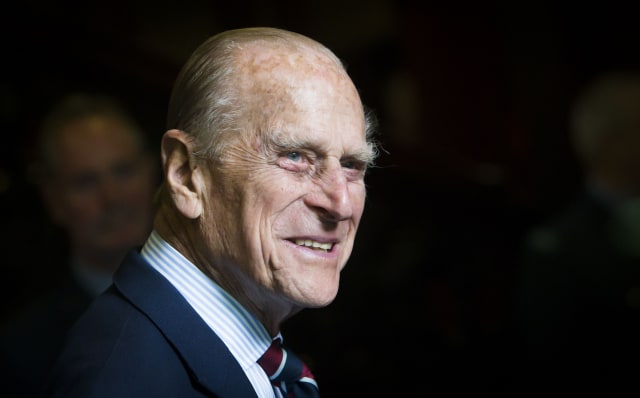 The Duke of Edinburgh is celebrating his 99th birthday on Wednesday.

Here are some facts about Philip.

– The duke is the longest-serving consort in British history, and also the oldest serving partner of a reigning monarch.

– Philip paints in oils – and signs his work with a Greek “P”.

– His affectionate nickname for the Queen is “cabbage”.

– He avoids drinking wine – but his tipple is a very occasional beer or gin.

– He is known for his gaffes, once telling a teenager who wanted to go into space he was too fat to be an astronaut.

– He asked a successful Aboriginal entrepreneur “Do you still throw spears at each other?”, and told a female police officer in a bullet proof vest “You look like a suicide bomber”.

– He won team gold in the carriage driving world championships twice and competed until he was in his mid 80s, before carrying on non-competitively into his 90s.

–  His parents were Prince Andrew of Greece and Princess Alice of Battenberg.

– He was born a prince of Greece and Denmark, on the kitchen table of his family home on the Greek island of Corfu, on June 10, 1921.

– His early years were marked by upheaval after the family went into exile following a military coup in Greece which overthrew Philip’s uncle, King Constantine I.

– George V, the Queen’s grandfather, ordered a Royal Navy cruiser to evacuate the family and 18-month-old Philip was carried to safety in a cot made from an orange box.

– Princess Alice suffered from mental illness and was confined to an asylum when Philip was a child.

– She later founded an order of nuns and was also recognised as Righteous Among the Nations at Yad Vashem for saving Jews during the Holocaust.

– The family name of the Danish royal house from which Philip’s father was descended was Schleswig-Holstein-Sonderburg-Glucksburg.

– Philip renounced his Greek royal title in 1947 before marrying Princess Elizabeth and became a naturalised British subject, picking Mountbatten as his new surname – an Anglicised version of Battenberg, his mother’s family name.

– As husband of the sovereign, Philip was not crowned or anointed at the coronation ceremony in 1953.

– On the day of the coronation, he quipped to his wife “Where did you get that hat?”

– He speaks French, having lived in France for seven years as a child.

– The Queen was once spotted throwing a pair of tennis shoes and a racket at him in frustration during an Australian tour.

– Philip has had 14 books published on environmental, technological, equestrian and other issues.

– He collects contemporary cartoons, some featuring royal occasions. They are hung in Buckingham Palace, Windsor Castle, Sandringham and Balmoral.

– He fulfilled 22,219 solo official engagements between 1952 and August 2 2017, when he officially retired from public duties.

– He set up the Duke of Edinburgh’s Award scheme in 1956 to help young people gain essential skills, experience, confidence and resilience.