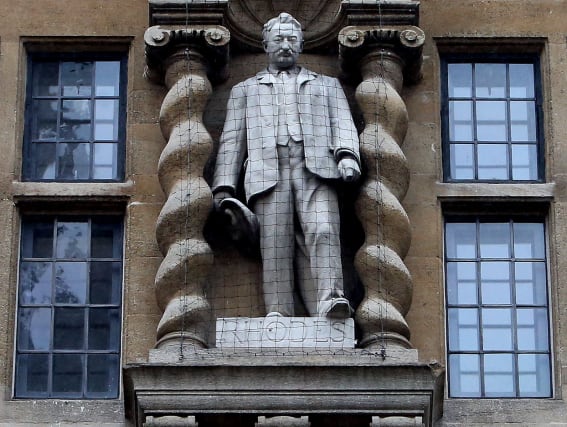 A council leader has invited Oxford University’s Oriel College to make a planning request to remove the statue of imperialist Cecil Rhodes, which has been at the centre of a long-running row.

Susan Brown, leader of Oxford City Council, has expressed her support for the Black Lives Matter movement, stating she has a “great deal of sympathy” for the newly-revived Rhodes Must Fall campaign.

Thousands of people have signed two new petitions calling for the statue of colonialist Cecil Rhodes at Oriel College to be taken down.

Ahead of a planned protest in front of the Rhodes statue in Oxford on Tuesday, Ms Brown said she has written to the college suggesting it applied for planning permission to remove the controversial figure.

She suggested the statue should be placed in the Ashmolean or the Museum of Oxford.

In a statement published on Tuesday, she said: “I’m clear in my support for the Black Lives Matter movement and I have a great deal of sympathy with the Rhodes Must Fall campaign.

“The question of statues and their historical context is not a simple matter, but sometimes acts of symbolism are important. I know my views are shared by a majority of my fellow councillors.”

She continued: “I have today [Tuesday] written to Oriel College to invite them to apply for planning permission to remove the statue, as it is a Grade II-listed building.

“Typically such actions are only allowed in the most exceptional of circumstances.

“But these are exceptional circumstances, and as a city council we are keen to work with Oriel to help them find the right balance between the laws that protect our historic buildings and the moral obligation to reflect on the malign symbolism of this statue.”

The Rhodes Must Fall movement was established in 2015 at Cape Town University, and later spread to Oxford, where students demanded that the statue of Rhodes was removed from Oriel College.

In 2016, Oriel College decided to keep the statue despite widespread student demands to remove it. Campaigners from the Rhodes Must Fall group argued that the row illustrated Britain’s “imperial blind spot”.