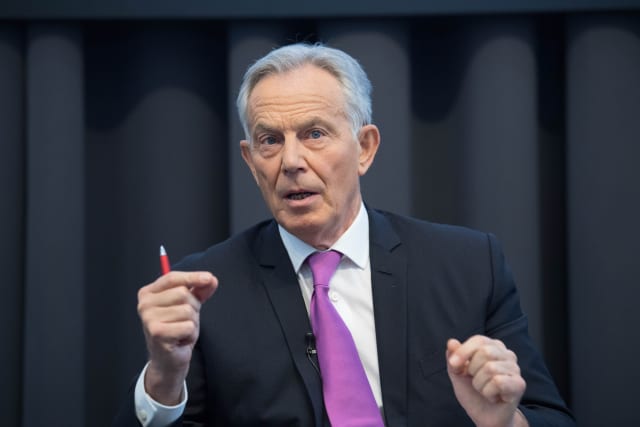 People will need a new form of “digital ID” so they can prove their “disease status” as the world moves out of lockdown, Tony Blair has said.

The former prime minister said that only if people can show easily whether they are clear of coronavirus will industries like international travel be able to restart.

Speaking at the virtual CogX technology conference, Mr Blair said that such a system would operate alongside track and trace programmes as the economy reopens.

“You can create a digital ID today that is much more easily protected so you can deal with a lot of the privacy and surveillance issues that worry people,” he said.

“It is a natural evolution of the way that we are going to use technology in any event to transact daily life and this Covid crisis gives an additional reason for doing that.

“I think people’s disease status – have they been tested, what is the result of that test and have they had the disease, do they have the disease – unless you are able to record some of this data in a way people can use, it is going to be difficult to go back to anything like a near normal in things like transport.

“If you are going to start international travel again, how can you do that unless people can be easily tested and have some record of that test?

“There has always been a good case for introducing some form of digital ID but I think that case is even more powerful today.”

Mr Blair acknowledged the increasing use of technology risked leaving behind some people who were less comfortable with using it, but said the issue could be addressed through training and education.

“That digital divide between those that are familiar and can use the new technology well and those who can’t is obviously going to be a big source of difficulty,” he said.

However, he said people would need to adapt as some sectors of the economy would be changed forever as a result of the virus.

“I can’t see the travel, tourism, hospitality industries coming back fast. I think bricks and mortar retail has probably had its day – certainly in its present form,” he said.