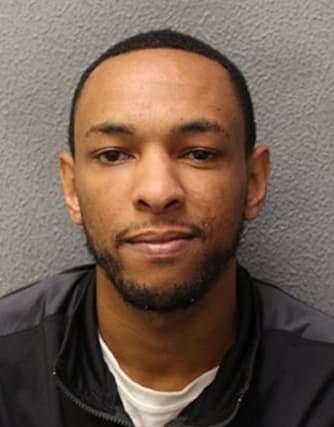 An armed attacker who attempted to rob two Arsenal footballers of luxury watches worth £200,000 has had his sentence cut on appeal.

Ashley Smith was jailed for 10 years in November for his part in an attempt to steal the expensive jewellery from Sead Kolasinac and Mesut Ozil in Hampstead, north-west London last year.

But at a hearing in London on Tuesday, three Court of Appeal judges ruled that his term should be reduced to six years.

The court heard that Smith, 30, along with accomplice Jordan Northover, had been on a stolen moped in a wealthy part of the capital on July 25 2019, looking for a victim, when they targeted the Arsenal stars.

Mr Kolasinac was outside his home holding the package of watches while waiting on the pavement for his teammate and his wife to arrive in a "highly valuable" car.

Recounting the details of the case, Mrs Justice Cheema-Grubb said the Premier League player was handing the package into the car when he was ambushed by Smith and Northover, who drove at him "at speed" and mounted the pavement.

Smith, of Cardinals Way, Islington, north London, got off the moped and demanded Mr Kolasinac, 26, hand over the package, at one point brandishing what was said to be a knitting needle at the footballer, "who was having none of it and fought back," Mrs Justice Cheema-Grubb said.

There was CCTV footage of the attack, the court heard.

Full-back Mr Kolasinac was able to jump into the car, which was driven off, pursued by the two attackers, who caused damage to the vehicle.

The driver had to take "evasive action" including "driving across lanes and traffic", the court was told, before they shook off the pair.

Smith and Northover, who were wearing helmets and dark clothing, later left the stolen moped in Borehamwood, in Hertfordshire, and changed their clothes.

Police were able to trace the pair and arrest them.

Smith, who was out on licence for a 42-month sentence for burglary in 2017 when he tried to carry out the street robbery, pleaded guilty to the attempted robbery at Harrow Crown Court last October.

Northover pleaded guilty to attempting to steal the high-value items from the footballers in November.

Smith was described by sentencing judge Ian Bourne QC as a prolific "career criminal" who was well known to police.

Mr Bourne said that Smith and Northover were "armed and dangerous" when they carried out the attack on the footballers, saying: "Between them they produced these weapons which they threatened Mr Kolasinac with, a long pointed blade which was thrust in the victim's direction and made contact with him.

"The two of them had not counted on Mr Kolasinac fighting back and he behaved incredibly bravely."

The weapons were described as a 10-12-inch-long screwdriver with a thin steel coloured spike and a smaller darker instrument that was probably about six inches long, Harrow Crown Court heard.

Mr Bourne said that Smith had "an appalling criminal record" of 20 convictions from 38 offences dating back to when he was 14, including assault, theft, burglary, driving without a licence and breaching a community order.

At Tuesday's hearing, Susan Meek, barrister for Smith argued that his jail term for the offence was excessive.

She also said there had been no reflection of the fact that the offence had been an attempted robbery.

"The facts were unpleasant and serious and almost all the features of a robbery were present, but there was one feature which was not present, which is that no goods in fact were stolen," Ms Meek said.

"That may not have the greatest of weight, but no reflection was made for reduction in sentence of it being an incomplete offence."

The court ruled that Smith's sentence should be six years.

Mrs Justice Cheema-Grubb said: "The sentence of 10 years is quashed and replaced with a sentence of six years."