Andrew’s trust to close after breach of Charity Commission rules 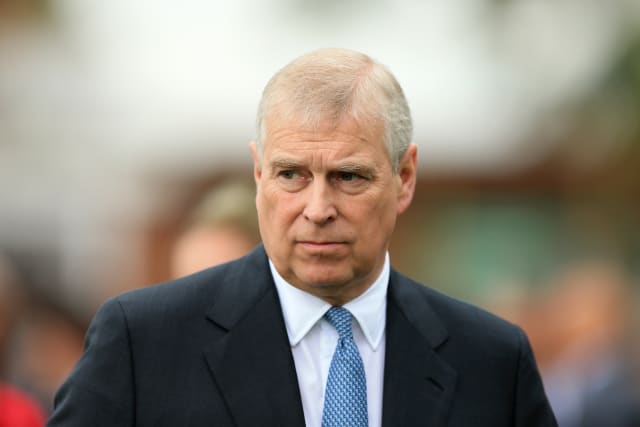 The Duke of York's charitable trust is to be wound up following the Charity Commission's ruling it broke industry rules by paying a former trustee £350,000 in directors' fees.

The Prince Andrew Charitable Trust (Pact) – which supported the duke's philanthropic work – is now being shut down and is further evidence there is no way back to public life for the Queen's son, following his friendship with sex offender Jeffrey Epstein.

Helen Earner, director of operations at the Charity Commission, said: "Charity is special – with unpaid trusteeship a defining characteristic of the sector.

"By allowing the payment of a trustee via its subsidiaries, the Prince Andrew Charitable Trust breached charity law, and by insufficiently managing the resulting conflict of interest from this payment the trustees did not demonstrate the behaviour expected of them."

The Charity Commission's announcement came as a war of words raged between Andrew's legal team and American prosecutors over his availability to answer questions about Epstein.

Andrew's reputation was left in tatters after his disastrous Newsnight interview last November about his friendship with Epstein, which saw him accused of showing little empathy for the financier's victims.

The fallout from the programme prompted the duke's charity to follow commission guidelines and contact the industry body as the negative publicity had repercussions for the trust.

Trustees can only be paid to work as directors of a subsidiary company if they are authorised by the charity's governing documents, or payments are approved by the commission or the court – none of which was in place, the commission found.

It highlighted other concerns including finding no "open and fair competition" conducted before Ms Thirsk was appointed to the directorships, and it expected the board of trustees, which included a lawyer, "to have had the knowledge and experience to act in accordance with charity law".

The Charity Commission said in a statement: "The former trustee was an employee of the Duke of York's household, and from April 2015 to January 2020 undertook work for the trading subsidiaries.

"The Duke of York's household was then reimbursed for a proportion of this employee's time by the subsidiaries after the year end. These payments totalled £355,297."

The duke's household has since paid back the money to Andrew's charitable trust – which supported his work in the areas of education, entrepreneurship, science, technology and engineering.

Ms Thirsk's five-year stint as a director ended in January when she resigned as a trustee and reportedly stepped down that month as Andrew's private secretary after more than 15 years working for the royal.

Andrew's Dragons' Den-style organisation Pitch@Palace for entrepreneurs will close when his main charitable body is wound up, but the future of Pitch@Palace Global Limited, the privately owned international arm of the project, is not known.

Ms Thirsk's role as a director of the global company ended on March 31, papers filed at Companies House have revealed.

The trustees of Andrew's body said in a statement: "Former trustees of Pact, who were in post at the time, made a decision regarding the remuneration of Amanda Thirsk, which inadvertently breached charity law.

"At no time before the Charity Commission's involvement were the current Trustees made aware of restrictions concerning the remuneration of Amanda Thirsk for her role as a director of the Trust's subsidiary companies."

It added that the net assets from Pact and its subsidiaries would be distributed to worthy UK charitable causes.

The Inspiring Digital Enterprise Award, which had Ms Thirsk as a director, is to be launched as a new independent charity.