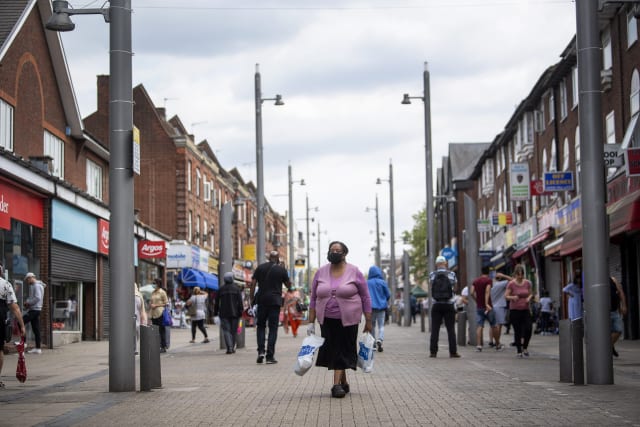 Retail bosses have warned that many firms will continue to struggle with current two-metre distancing measures in place, after the Business Secretary confirmed that shops will be able to reopen from Monday.

The British Retail Consortium (BRC) stressed that the “challenge is not over” for many retailers as they moved closer to welcoming customers again.

Alok Sharma said that non-essential shops – which have remained closed since first shutting their doors in March – will be able to reopen on June 15, provided they follow Government guidelines.

He said shops which are currently shut – such as fashion, electronics and book retailers – must follow Covid-19 secure guidance issued last month.

High street chains such as John Lewis, Debenhams and Primark have already laid out plans to reopen sites on June 15 with health and safety measures in place.

Helen Dickinson, chief executive of BRC, said retailers have been pushing forward with their preparations for next week.

She said: “Retailers who are not yet open have been working hard to install Perspex screens, hygiene systems and apply social distancing measures.

“We hope the public will take the opportunity from next week to go out and support millions of stores up and down the country.”

“Nonetheless, the challenge for these stores is not over

“Many firms will continue to struggle as the two-metre rule will limit sales while retailers continue to face the same rent and other fixed costs,” she added.

“If the Government is to limit retailers in this way, it must be prepared to provide an ongoing package of support to address the economic difficulties they will face.”

Mr Sharma told journalists in Tuesday’s briefing that the Government is taking a “cautious view” regarding the possibility of loosening distance guidelines.

He said: “When it is safe to do so, we will see whether you can move to a shorter distance but ultimately we keep all of these things under review,”

The Business Secretary also said it plans to reopen other business – such as “restaurants, pubs, and bars, as well as hairdressers, barbers, nail bars and related services” – by July 4 at the earliest.

It poured cold water of speculation that beer gardens could be reopened on June 22.