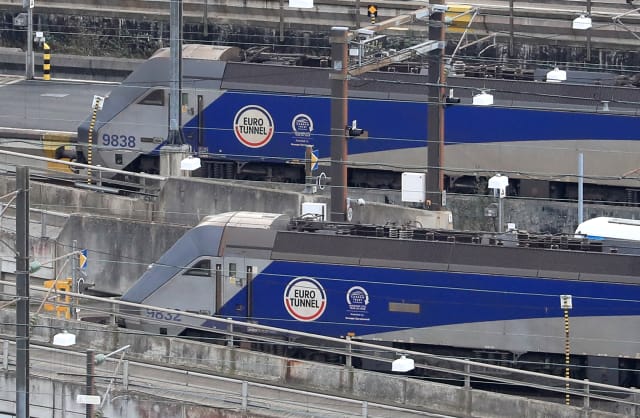 UK immigration officers in Calais have warned they will face violence after the Government told them to fingerprint migrants who attempt illegal entries into the country.

Home Secretary Priti Patel has ordered staff to fingerprint any migrants found trying to sneak aboard Eurotunnel trains in an effort to reach the UK illegally, BBC’s File On 4 reports.

It comes amid record spikes in migrants crossing the English Channel in small boats, despite the ongoing Coronavirus crisis.

But there are fears this new measure will lead to physical attacks and injuries.

Lucy Moreton, of the ICU, a union which represents frontline officers, said the move would spark violence as migrants try to avoid being registered in France.

She said: “That is quite a challenge, particularly if they really don’t want to have their fingerprints taken.

“We don’t have digital fingerprint recorders, we only have wet ink. So you have literally got to hold their hands and roll their fingers from side to side to get a print.

“That’s quite a lot of avenue to fight back if that’s what they want to do. I’m very concerned about the levels of violence that will result and the fact that there will be, eventually, staff and migrants injured.”

The Home Office said registering fingerprints may assist in returning people to France – via an EU law called the Dublin Regulation – should they later make a successful crossing into the UK.

Migrants used to be fingerprinted by UK Border Force officers at the port in Calais, but it was abandoned in 2010 and the practice was also later halted at the Eurotunnel in Coquelles.

Ms Moreton added: “All it resulted in was a lot of physical violence and individuals – both our staff and migrants being injured.

“And migrants deliberately harming themselves in order to damage their fingertips so that their fingerprints can’t be taken.

“That’s not something that anyone wants to be forced to do.”

BBC Radio 4’s File On 4 programme spoke to some of the hundreds of migrants living rough in Calais during the coronavirus lockdown, who said conditions had become unbearable, which was driving them to cross the Channel in small boats.

Since the lockdown began in March, more than 1,000 migrants have reportedly crossed to the UK on small boats.

During one day last week, 166 migrants reached the UK by small boat – a record for the number arriving on a single day.

The total for this year is already estimated to have exceeded the number who reached the UK in the whole of 2019, despite a pledge made last September by Ms Patel to make small boat crossings an “infrequent phenomenon by spring 2020”.

The Home Office told the BBC people fleeing persecution should stay in the first safe country they enter and there is “no reason why they need to make an often dangerous trip” to claim asylum.

It added the Border Force has robust risk assessments in place to minimise the risk of harm to both migrants and officers.

File On 4’s The Perfect Storm is on BBC Radio 4 on June 9 at 20:00 and available afterwards on BBC Sounds.