UK retailers suffer ‘another month of struggle’ in May amid lockdown 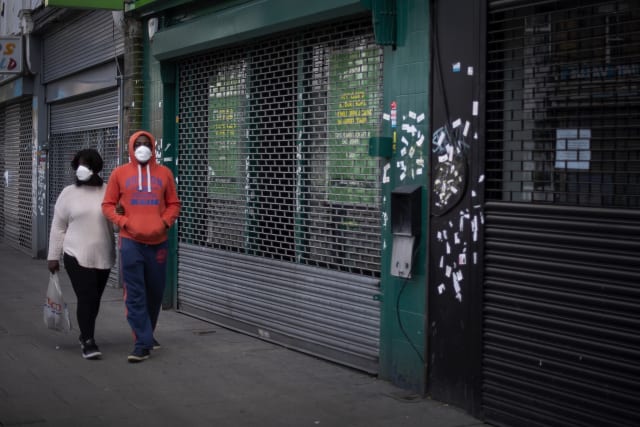 UK retailers suffered “another month of struggle” in May as shops reported their second-worst sales decline due to the coronavirus lockdown, according to new figures.

The BRC-KPMG Retail Sales Monitor for May revealed that total sales dived 5.9% for the month.

However, it said this represented a slight slowdown in decline from April, which remains the worst month on record for UK retailers.

Many high street stores remained closed throughout the month, although some stores, such as homeware retailers, were given the go-ahead to reopen during the month.

Remaining non-essential retailers will be able to welcome customers again from June 15.

The monitor revealed that like-for-like retail sales – which include online sales but not those for temporarily closed stores – increased by 7.9% in May.

In-store sales for non-food items dived by 50.3% over the three months to May, it revealed.

Meanwhile, total food sales increased by 5.6% in the quarter to May as supermarkets continued to report strong demand.

Helen Dickinson, chief executive of the British Retail Consortium (BRC), said: “Sales in May demonstrated yet another month of struggle for retailers across the country, despite an improvement on the previous month.

“Nonetheless, as the sun came out and restaurants lay dormant, food sales rose with consumers taking to their local parks for beers, BBQs and picnics.

“While the month showed record growth in online sales, many retailers will be anxious to see whether demand returns to our high streets when non-essential shops reopen from June 15.

“Weak consumer confidence and social distancing rules are likely to hold back sales.”

Paul Martin, UK head of retail at KPMG, said: “Stores may soon have the greenlight to re-open but it will be a gradual affair with safety front of mind, and some doors may not reopen at all.

“Covid-19 has acted as an accelerator in the shift towards having less of a physical presence, not least due to the obvious need to radically reduce costs for survival.

“We’re also witnessing historically high levels of sales transacted online – currently over 60% – and while this will ease as more stores open, consumers have formed new habits that will see the online channel continue to be more prominent going forward.”

Susan Barratt, chief executive officer at IGD, said: “May marks another month of growth for the grocery retailers, with each week’s sales showing significant year-on-year gains, albeit against the backdrop of an increased cost base as a direct consequence of Covid-19.

“UK grocery retailers substantially benefited from the two bank holidays and the sunniest month on record.”