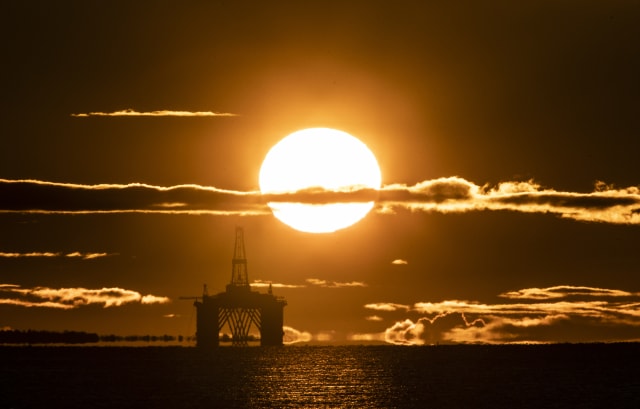 The Scottish Government is facing calls to reconvene a jobs task force to help the North Sea oil and gas sector after energy giant BP announced it is slashing 10,000 jobs from its global workforce.

The company announced the redundancies just weeks after increasing the dividend it pays to shareholders.

Most of the cuts will be made by the end of this year after the business took a major hit from the coronavirus pandemic.

BP chief executive Bernard Looney said most of those affected will be in “office-based jobs”.

In an email to workers, he said: “We will now begin a process that will see close to 10,000 people leaving BP – most by the end of this year.”

To help the sector, he called on the Scottish Government to set up a new Energy Jobs Working Group.

In a letter to Scottish energy minister Paul Wheelhouse, he recalled the Scottish Government wound up the Energy Jobs Taskforce, which it had established in 2014 when plunging oil prices affected the industry.

The Labour MSP said: “A different judgment is required today as the underlying causes of the last downturn have come back with a vengeance and will still be with us after the immediate coronavirus crisis has passed.”

“I ask that you now consider convening a new Energy Jobs Working Group, with a remit to address both short-term and long-term employment prospects, to protect existing jobs in the oil and gas sector and to promote an energy transition which deploys workers and skills into new energy sectors over time.

“BPs announcement means that the need for a new Energy Jobs Taskforce is now more urgent than ever.

“As well as supporting workers in the short-term the taskforce must ensure that we are actively planning for the energy transition. This means ensuring that the workers are provided with the training to develop the skills necessary so they can take up the jobs of the future.”

RMT general secretary Mick Cash said it and other trade unions had been “warning the Government for months of the need for an urgent plan to protect offshore jobs and skills from the double whammy of coronavirus and depressed oil prices”.

Mr Cash said: “An offshore jobs taskforce needs to be appointed immediately, including the trade unions to prevent this catastrophic loss of jobs and skills to the national economy.”

Oil and Gas UK chief executive Deirdre Michie said the redundancies show “the very real and personal impact of the coronavirus pandemic on jobs and livelihoods while companies are stepping up to deliver the net zero agenda”.

Ms Michie said: “There is a serious risk the UK loses the skills it needs not only to meet existing energy demands from domestic resources, but also to meet the UK’s climate ambitions.

“It underlines the need to continue working with governments to deliver an inclusive, fair, and sustainable transition to a lower carbon future. This is the best way to protect jobs, create new business opportunities and ensure energy regions from the north east of Scotland to the east of England are not left in the dark.”