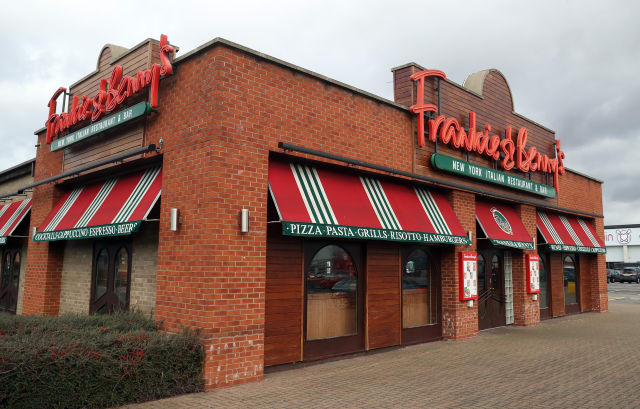 Frankie & Benny’s owner The Restaurant Group (TRG) has confirmed it is in talks with its landlords over restructuring plans, as it looks to shed up to 120 of its sites.

It is understood that the casual dining business is set to permanently close between 100 and 120 restaurants, in a move which will affect between 2,000 and 3,000 employees.

The company, which had not commented on the closure reports, told investors on Monday that it is “in discussions with our landlords regarding potential restructuring options for our leisure estate”.

It said that its Wagamama business, airport concession and pub operations will not be affected by these discussions.

The update came shortly after industry newsletter Propel reported that it was in talks with its landlords and is weighing up a company voluntary arrangement (CVA) restructuring deal.

TRG stressed that the restaurant sector is “facing exceptional challenges” due to the lockdown, and was “already facing significant challenges prior to the onset of Covid-19”.

In March, TRG shut 60 of its Chiquito Mexican-style outlets, as well as its Food & Fuel chain of pubs, after placing the two sub-brands into administration.

The company, which currently has about 22,000 staff on furlough, is one of the largest restaurant operators in Britain.

Analysts at Citi said the company would benefit from disposing of its whole leisure business, saying that it comprises nearly half of the group’s sites but is likely to account for only 20% of the company’s profits in the 2021 financial  year.

The brokerage said: “A clean exit would leave the group focused on its growth businesses, which we think have stronger prospects and would command a higher multiple.”

Shares in the company moved 5% higher in 77.7p in early trading.