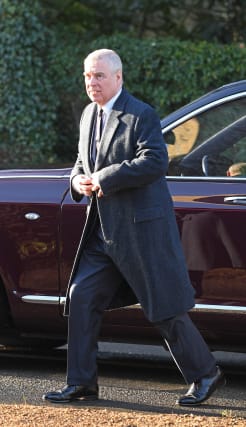 The Duke of York has been accused of attempting to “falsely portray himself to the public as eager and willing to co-operate” with US authorities investigating convicted sex offender Jeffrey Epstein.

Andrew’s legal team has insisted the royal has made three offers to help with the probe into his former associate but the US Attorney for the Southern District of New York said a request to schedule an interview has been repeatedly declined.

Geoffrey Berman, who is leading the Epstein inquiry, was responding to a statement issued by Andrew’s lawyers on Monday.

America’s Department of Justice (DOJ) has submitted a mutual legal assistance (MLA) request to the Home Office to quiz the Queen’s son as a witness in a criminal investigation into the disgraced financier’s offending.

The duke’s legal team said: “The Duke of York has on at least three occasions this year offered his assistance as a witness to the DOJ.

“Unfortunately, the DOJ has reacted to the first two offers by breaching their own confidentiality rules and claiming that the duke has offered zero co-operation. In doing so, they are perhaps seeking publicity rather than accepting the assistance proffered.”

Andrew’s public life was left in tatters after his disastrous Newsnight interview about his friendship with Epstein, which saw him accused of showing little empathy for the financier’s victims.

In the programme’s aftermath the duke stepped back from royal duties but became the focus of US authorities who wanted to question him about the financier, who killed himself in his jail cell while awaiting trial for sex trafficking.

Four days after last year’s interview, the duke said in a statement he was “willing to help any appropriate law enforcement agency with their investigations, if required”.

But Mr Berman told reporters in March the royal has “completely shut the door on voluntary co-operation”.

That claim was rejected by Andrew’s legal team as “inaccurate”.

The process is normally secret but with reports on both side of the Atlantic about the request, Andrew’s legal team stressed its “commitment to confidentiality” and went on to make accusations of “misleading media briefings” against US prosecutors.

The statement said: “Any pursuit of an application for mutual legal assistance would be disappointing, since the Duke of York is not a target of the DOJ investigation and has recently repeated his willingness to provide a witness statement.

“It is hoped that this third offer has not been the cause of the most recent leak about the Duke of York.”

One of Epstein’s victims Virginia Giuffre, who claims she was trafficked by the financier, also alleges the duke had sex with her on three separate occasions, including when she was 17, still a minor under US law.

The statement said: “It is a matter of regret that the DOJ has seen fit to breach its own rules of confidentiality, not least as they are designed to encourage witness co-operation.

“Far from our client acting above the law, as has been implied by press briefings in the US, he is being treated by a lower standard than might reasonably be expected for any other citizen.”

Their statement stressed the US authorities have been “actively investigating” Mr Epstein for more than 16 years but their first request for help from the duke was on January 2 this year.

It went on to say: “Importantly, the DOJ advised us that the duke is not and has never been a ‘target’ of their criminal investigations into Epstein and that they sought his confidential, voluntary cooperation.”

The legal team said they were given an “unequivocal assurance” by the US authorities their discussions and the interview process would remain confidential, but claimed this commitment was broken.

Mr Berman said in response to the duke’s legal team’s statement: “Today, Prince Andrew yet again sought to falsely portray himself to the public as eager and willing to co-operate with an ongoing federal criminal investigation into sex trafficking and related offences committed by Jeffrey Epstein and his associates, even though the prince has not given an interview to federal authorities, has repeatedly declined our request to schedule such an interview and nearly four months ago informed us unequivocally – through the very same counsel who issued today’s release – that he would not come in for such an interview.

“If Prince Andrew is, in fact, serious about co-operating with the ongoing federal investigation, our doors remain open and we await word of when we should expect him.”