Cries of ‘Help me, help me’ reported as man shot dead 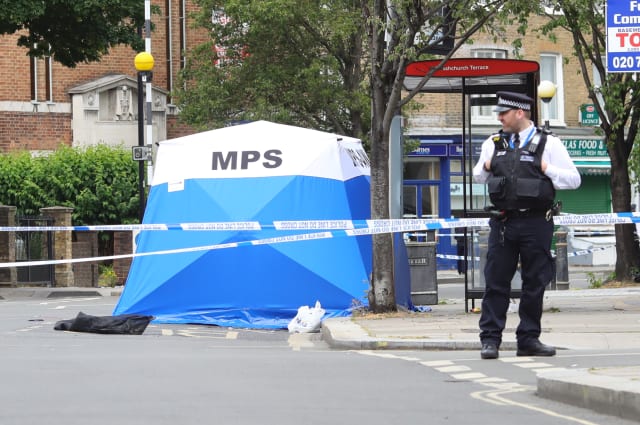 Witnesses heard screams and cries of “Help me, help me” as a man was shot dead.

The victim, who is believed to have been in his 20s, was found with gunshot wounds in the early hours of Monday in Shepherd’s Bush, west London.

A murder investigation has been launched after he was pronounced dead at the scene in Askew Road shortly before 1.30am.

Residents described being woken by gunshots.

“I heard shots and somebody calling ‘Help me, help me’,” she said.

The woman called the police and watched the nearby scene from a window.

She said: “I saw a man laying in the street, sort of in the gutter in front of the bus stop, and several cars had stopped and the people were trying to help and one of them was trying to give CPR.”

A 29-year-old resident, who has lived near Askew Road for about five years, said he was “shaken up” by the shooting.

“I was in bed last night and at 12.40am I heard two gunshots and a guy kind of scream and then I heard a scooter drive off just up the street,” he said.

The man called the police and was walking over to the injured victim when two other people got out of their cars to help before officers arrived.

“He wasn’t moving, the guys were trying to resuscitate him,” he said.

“I know London is known for that kind of thing but, having witnessed that last night, it puts things into perspective.

“You don’t know it happens until you see it. Last night I was a bit shaken up, but I’m all right.”

Scotland Yard said officers are trying to locate the victim’s family and no arrests have been made.

Detectives are urging anyone with information to call police on 101, tweet @MetCC and quote CAD224/8Jun, or contact the independent charity Crimestoppers anonymously on 0800 555 111.