Barclays hits back over claims bosses misled market during 2008 crisis 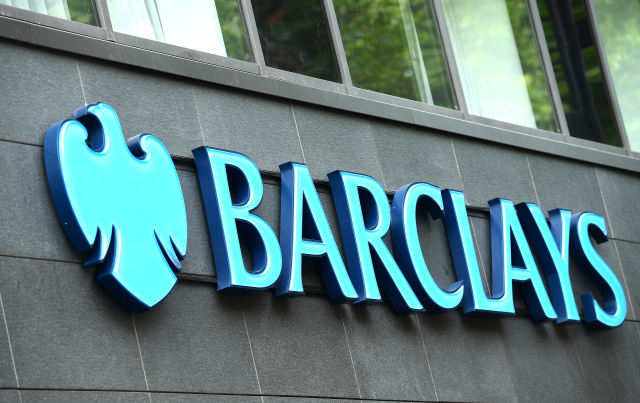 Barclays has hit back after a businesswoman accused bosses of misleading her, shareholders and the market when negotiating investment deals during the 2008 global financial crisis.

They said the loan was “concealed” from the market, shareholders and from PCP Capital Partners, a private equity firm run by Ms Staveley.

PCP is suing the bank and wants £1.6 billion damages.

Ms Staveley’s firm says it is owed money for the work it did setting up a Middle East investment deal for Barclays during the 2008 crisis.

They said “PCP in fact made no loss”.

Mr Justice Waksman began overseeing a trial at the High Court in London on Monday.

The hearing, which is being shown online, is expected to last about two months.

Ms Staveley, who in recent months, has been involved in brokering a deal which could see a Saudi consortium take control of Premier League football club Newcastle United, is due to give evidence later this week.

Joe Smouha QC said the claim arose out of the recapitalisation of Barclays during the financial crisis in October and November 2008.

He said the only other “strategic investors” were the State of Qatar and its prime minister, Sheikh Hamad Bin Jassim Bin Jabr Al-Thani.

But he said PCP had been “induced to invest” on “manifestly worse terms” than the Qatari Investors.

He said Qatari Investors had demanded and, in order to obtain the investment, Barclays had agreed to pay: an additional fee of £280 million; a “yet further fee of £66 million” and to provide “an entirely unsecured loan” of £2 billion.

“Barclays deliberately misled not only PCP but also its own shareholders and the market in this regard,” said Mr Smouha.

“The £280 million fee was disguised as a fee for purported ‘advisory services’.

“In any event, the fact of that fee and the very short agreement concerning it was concealed from the market, shareholders and PCP.

“The £66 million fee was disguised by a false statement in a … market announcement concerning payment for introducing another investor.

“And, the (£2 billion) loan was likewise concealed from the market, shareholders and PCP.”

“PCP received a fee of £30 million for its work assisting Abu Dhabi with that investment,” said Mr Onions in a written case outline given to the judge.

“It now claims that, but for the alleged deceit, it would instead have secured and completed a deal with Abu Dhabi which would have been worth up to £1.6 billion.”

Mr Onions said: “PCP’s case is that senior executives at Barclays of high standing and unblemished reputations chose in 2008 to jeopardise their livelihoods and to perpetrate a serious fraud on the markets…

“As an underlying proposition, that is inherently highly improbable.”

He added: “Put bluntly, there was no need on either side to enter into sham agreements, and every reason to make the agreements real.”

Mr Onions said it was “striking that PCP in fact made no loss, in the conventional sense of the word” and went on: “Its claim for damages is opportunistic, and speculative.”

He said, in October 2008, Ms Staveley had recently “come to prominence, at least in the media” because of her involvement with Sheikh Mansour’s purchase of Manchester City Football Club.

He said she had advised the businessman who sold the club, former Thai prime minister Thaksin Shinawatra.

“Her first commercial venture was a restaurant in a Cambridgeshire village in the 1990s.

“Her next was a business park which went into insolvency.”

He said Ms Staveley had subsequently developed connections in the Middle East, and set up PCP, and added: “The court will wish to consider during the course of the trial how closely Ms Staveley’s carefully curated media self-presentation reflects the underlying reality.”

In February, three former Barclays bosses were cleared of fraud over a £4 billion investment deal with Qatar at the height of the banking crisis. The Serious Fraud Office had alleged that lucrative terms given to Qatar were hidden from the market. But Roger Jenkins, Thomas Kalaris, and Richard Boath were acquitted after a trial at the Old Bailey.