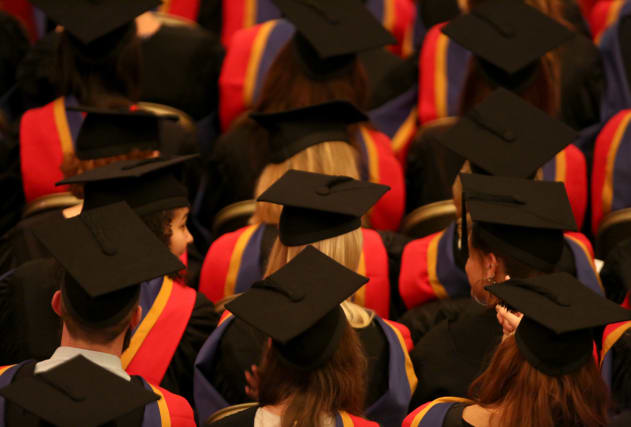 Society has been divided by a 30-year “obsession” with university education in the UK, according to the son of former prime minister Tony Blair.

In a new essay collection published by the Policy Exchange think tank, Euan Blair said that a “one size fits all model” for careers can leave people without the necessary basic human skills to be successful.

Mr Blair, who is the co-founder and chief executive of apprenticeship-focused tech firm WhiteHat, made the remarks following comments by Prime Minister Boris Johnson last week that all young people should be guaranteed an apprenticeship.

In his essay, Mr Blair wrote: “One central objective of our education system is to ensure citizens have the skills they need to serve and thrive in the economy of the future.

“But something is going badly wrong on that score in the UK. A skills crisis may be slow in the development but, as Hemingway once said of bankruptcy, it engulfs you ‘gradually, and then suddenly’.

“Our stubbornly low level of productivity – that has resisted every policy solution the Treasury has thrown at it – is an indicator that we need to change course before it is too late.”

He continued: “The last thirty years might reasonably be characterised as a push for university education above all else. Governments of every kind have contributed to policies that have seen the proportion of the population attending university reach record levels.

“The aspirations of most university champions are beyond reproach: widen university study beyond a small section of society and you give more diverse groups access to top jobs and decision-making power.”

Mr Blair added: “The obsession with university has had some unarguably negative consequences for social cohesion. In a divided society, educational level is now the biggest division of them all.

“In the EU Referendum those with A Levels alone split equally between the two camps while those with degrees were twice as likely to vote Remain.

“The fact that an increasing number of graduates do not have any non-graduates in their circle of friends should be setting off alarm bells.”

Education Secretary Gavin Williamson said that the authors of the report published by Policy Exchange make a “valuable contribution” in the discussion of building a “world-class further education system”.

“This report rightly highlights the critical importance of vocational education and apprenticeships to our economy,” said Mr Williamson.

“The authors make a valuable contribution to the discussion on how to build a world-class further education system, and demonstrate that we must not hesitate to put further education at the heart of our plans to drive up the UK’s skills, productivity and economy.”