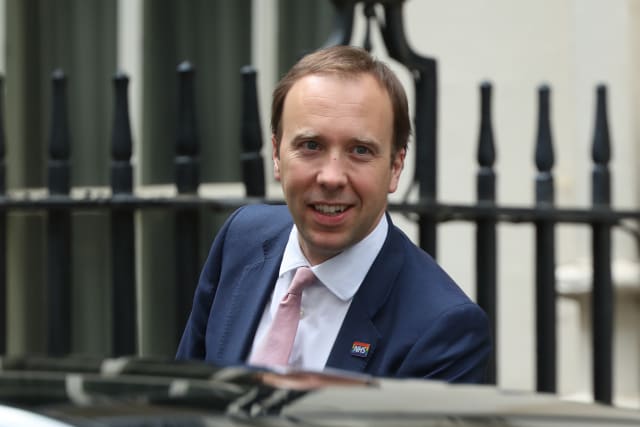 Matt Hancock has insisted the Government made the “right decisions at the right time” with the coronavirus lockdown, despite a leading scientist saying lives would have been saved had ministers acted sooner.

The Health Secretary disagreed with the comments by infectious diseases expert Professor John Edmunds, who suggested the UK should have imposed restrictions in early March – although he admitted it would have been “very hard to pull the trigger at that point”.

Prof Edmunds, who attends meetings of the Government’s Scientific Advisory Group for Emergencies (Sage), told BBC One’s The Andrew Marr Show: “We should have gone into lockdown earlier.

“I think it would have been hard to do it, I think the data that we were dealing with in the early part of March and our kind of situational awareness was really quite poor.

“And so I think it would have been very hard to pull the trigger at that point but I wish we had – I wish we had gone into lockdown earlier. I think that has cost a lot of lives unfortunately.”

Asked if he agreed with the professor’s comments, Mr Hancock later replied: “No. I think we took the right decisions at the right time.

“That’s the right way for it to have been done.”

Prof Edmunds, who said the Covid-19 epidemic “is definitely not all over”, has previously spoken of herd immunity as a way to end the spread of the virus, but told Andrew Marr this could be done via vaccination.

“Via vaccination is how we want it to be achieved but that’s how all epidemics come to an end, and so we will be under these restrictions in some way until levels of immunity are such in the population that we don’t have to take extra precautions to stop chains of transmission.”