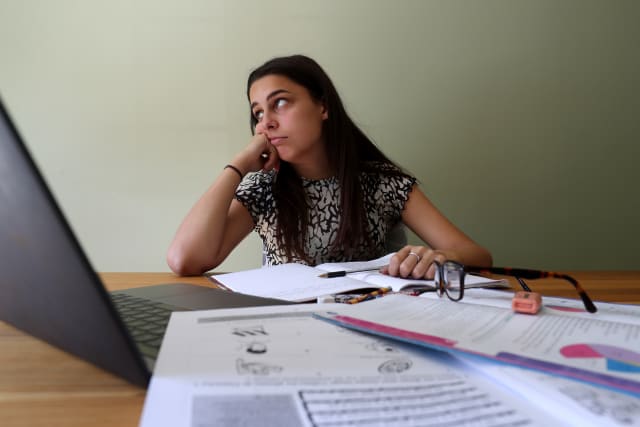 Further disruption lies ahead for high school pupils with the Government reportedly warning parents that exams may again be delayed next summer.

Exam regulator Ofqual has begun making contingency plans for next summer’s exams as pupils attempt to regain months of lost learning, according to The Sunday Times.

The regulator is considering pushing exams from May to as late as July and continuing this summer’s emergency marking system.

It comes as more schools shelve plans to reopen on Monday after new data suggested coronavirus could still be spreading in the North West of England.

Health officials at Blackburn and Darwen Council, which runs 85 schools in Lancashire, emailed local schools on Friday evening advising them not to reopen on Monday morning.

The same advice has been given by public health officials in Tameside, Greater Manchester, to delay reopening for pupils other than vulnerable children and those of key workers, to June 22.

New research showed the virus’ reproductive rate, known as the R value, is higher than the crucial threshold of 1 in the North West region.

The Government has suggested a strategy of “local lockdown” measures to fight any flare-up of the virus in particular areas.

But Andy Burnham, Mayor of Greater Manchester, has questioned whether such measures are workable, calling them a “recipe for chaos”.

Both he and Liverpool City Region Metro Mayor Steve Rotheram have questioned whether lockdown relaxation was being lifted too soon, having been driven from London, with the regions and the North in particular not being listened to.

Council bosses in Liverpool and Gateshead led a northern backlash against the Government announcement last month advising schools to reopen for Years 1 and 6 from June 1.

Health Secretary Matt Hancock, speaking at the Downing Street briefing on Friday, said experts on the Scientific Advisory Group for Emergencies (Sage) believe the UK’s overall R number is below 1, but added that local lockdowns would be used when outbreaks are spotted.