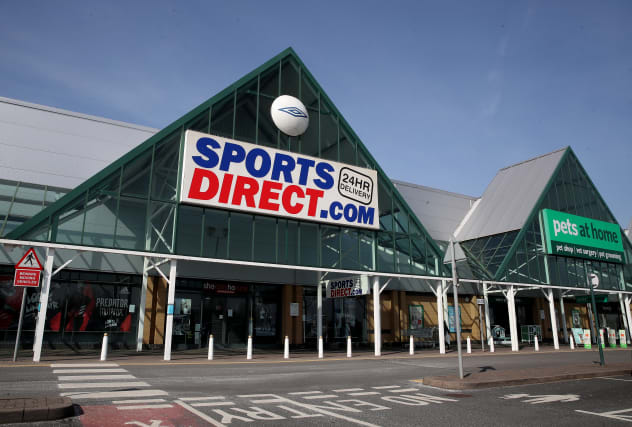 Chris Wootton said the UK high street was already in “turmoil” before lockdown measures and would need further financial assistance to survive.

Speaking to Sky News’s Sophy Ridge On Sunday programme, he warned that without such support, “many more retailers will go to the wall”.

“The high street has been in turmoil for some time and it needs all the help it can get,” Mr Wootton said.

“I will credit the Government on the business rates relief that we got, but that is something that needs to be looked at more permanently to help save the high street, because business rates are a key issue in doing that.

He said Sports Direct would be reopening its stores on June 15, in line with Government guidance.

The company will introduce protective screens around tills, sanitisation stations and safety signs and stickers throughout stores, Mr Wootton said.

Asked why he previously described the Government’s plan to reopen shops as a “shambles”, Mr Wootton said: “They have been very vague on their guidance.

“I think privately and publicly retailers were expecting to open on June 1. I have been very public in our views that the Dominic Cummings fiasco led to the Government panicking and pushing that back.

“They opened car showrooms from June 1, which frankly didn’t make a lot of sense given a lot of retailers, including ourselves, have stores of significant size which are at least as big as car showrooms.”

In March Sports Direct’s chief executive Mike Ashley faced fierce criticism from MPs after he tried to claim the company was an essential operator for keeping the nation fit in a bid to keep stores open.

The businessman performed a U-turn and closed his stores, later apologising for “ill-judged and poorly timed” emails to the Government and poor communication with employees.

Asked if he believed it was a mistake to try to keep stores open, Mr Wootton said: “I’d like to correct you on that, we were just asking for guidance from the Government as to whether we should stay open.

“Michael Gove decided to go on Piers Morgan in the morning (ITV’s Good Morning Britain show) and try and use us as a political football. It does seem to be one rule for us, and another for others.”