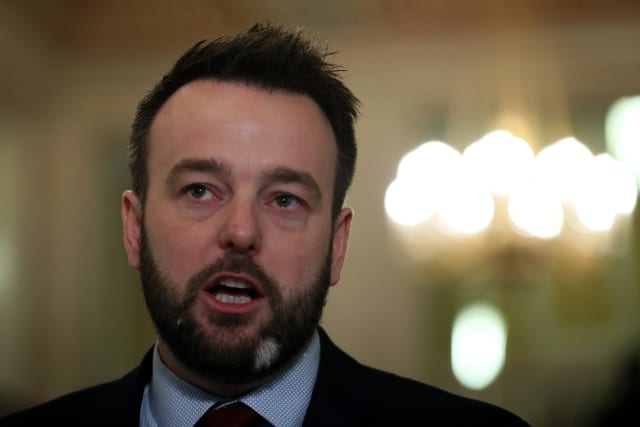 There has been a call for an urgent meeting of Stormont’s party leaders to be called over the delay in delivering payments to Troubles victims.

SDLP leader Colum Eastwood said he has written to the leaders of Northern Ireland’s other major parties to work together to resolve the impasse over the victims payment scheme.

Westminster and Stormont are at loggerheads over who pays the estimated £100 million cost.

The scheme which allows support payments, which range from £2,000 to £10,000 a year depending on the severity of the injury, was supposed to open to applications on May 29.

It is understood that Sinn Fein is declining to nominate a Stormont department to run the scheme because it objects to those with convictions of more than two-and-a-half years being excluded from applying.

Mr Foyle described the delay so far as “inexcusable”.

He has urged a meeting of the Party Leaders Forum, a body created by the New Decade New Approach deal to resolve areas of political disagreement, as well as meeting the British and Irish Governments to agree a way forward.

“Victims and survivors have been marched to the top of the hill too many times to be let down again,” he said.

“These people bear the physical, psychological and emotional scars of conflict, pain they have to live with every day.

“The failure of the Executive to deliver on their basic need for recognition, respect and compensation is inexcusable.

“I have written to each of the other Executive party leaders today requesting an urgent Party Leaders Forum to take this matter forward.

“There is no good reason on this earth why we can’t nominate a lead department to take forward the essential technical work on the scheme and prepare to make payments as soon as resource is made available.

“Those delaying the scheme are inflicting further pain on people who have suffered immensely over the last 40 years. It cannot be allowed to continue.”