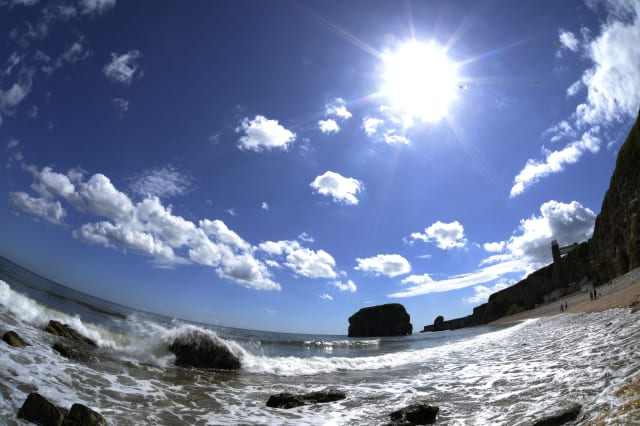 Swathes of UK waters should be off limits to all forms of damaging human activity – including fishing, dredging and anchoring – to improve the health of our oceans, a new report has found.

Around 40% of our seas are already protected, but only from the most damaging activities, meaning they can only return to what ecologists deem “a favourable condition” but not achieve full recovery.

A year-long investigation found increasing the level of protection for some areas would improve biodiversity and help the Government reach its net-zero carbon commitments.

The new “Highly Protected Marine Areas” (HPMAs) – if implemented – would offer total protection for all species and habitats within their boundaries in a bid to return them to pristine condition.

It concluded HPMAs are essential for marine recovery after a 2019 assessment revealed the UK is failing to meet its targets in 11 out of 15 indicators used to measure the health of our oceans.

Published on World Ocean Day this Monday, the report was commissioned on the same day last year by then-environment secretary Michael Gove.

It advised each site have specific conservation objectives so its recovery can be monitored, and that a “whole site” approach be taken to protect all species and habitats – including migratory animals.

Healthier marine zones can also provide much greater carbon sequestration than degraded areas – helping the Government’s commitment for the UK to be carbon neutral by 2050.

Environment Secretary George Eustice said: “Our ‘Blue Belt’ of marine protected areas has already raised the bar for marine protection and we are committed to the highest standards of sustainability for our seas that set a gold standard around the world.”

He added: “I welcome and agree with the spirit of ambition, which is in line with our 25 Year Environment Plan, and we will now carefully consider the recommendations set out in the review.”

Lewis Pugh, endurance swimmer and UN Patron of the Oceans, welcomed the review, but urged the Government to go further than “dipping a toe in the water” of marine protection.

“I urge the UK government to show the same leadership as with their call for 30% of the world’s oceans to be protected,” he said.

“They must act urgently to strengthen protection, as in a few years’ time it will be too late to fix the crisis in our oceans.”

The review warned introduction of such sites would need close engagement with local communities and businesses – particularly small scale fisheries who may suffer financially.

It also recommended locating some HPMAs within off-shore wind farms and wreck sites to make them more acceptable to communities who fear their livelihoods might be affected.

Despite the possible economic impact, the review found a very high level of support to respondents to a call for evidence.

More than 90% agreed with the statement that HPMAs should be introduced “to look after our seas as part of our duty as stewards of the natural environment”.

The review said the introduction of HPMAs would also provide valuable control groups that have not existed previously to help scientists monitor the level of degradation in unprotected areas.

Currently there are only three no-take zones – where all methods of fishing are banned – in all of the UK’s domestic waters.

The three sites range in size from 12.1km2 in the Medway Estuary in Kent, 3.2km2 at Lundy Island in the Bristol Channel, to just 1km2 at Flamborough Head in Yorkshire.

Joan Edwards, director of marine conservation at The Wildlife Trusts, who was part of the review panel said: “Our seas are in an impoverished state and it’s hard for our generation to comprehend how abundant our waters once were.

“Cod were once as long and wide as humans are tall, and whales, dolphins and basking sharks were many times more common than they are today.

“We need to let the sea show us what it’s capable of.”

The Wildlife Trusts is calling for the Government to commit to an HPMA delivery plan within the next year.

Conservation charity Blue Marine Foundation called for one of the first pilot sites to be established in Wembury Bay, in the Plymouth Sound National Marine Park, to protect its varied marine life and habitats and to help connect people with the sea.

While welcoming the report, Blue’s executive director Charles Clover raised concerns that no pilot sites had been nominated 10 years after legislation introduced powers to create them, warning “there will be concern that the Government is kicking this process into the seaweed”.

He called on ministers to say exactly how they will work with communities and experts to identify pilot sites at a range of scales.

The Marine Conservation Society (MCS), which was involved in the consultation, welcomed the conclusions, but also feared the Government could be swayed by industry lobbyists and drag its feet over the implementation of HPMAs.

Dr Jean-Luc Solandt, MCS’s specialist in marine protected areas, said: “This review is promising, but means nothing if Government – after decades of delay – doesn’t at last grasp the nettle and get these essential management measures in place with urgency.”