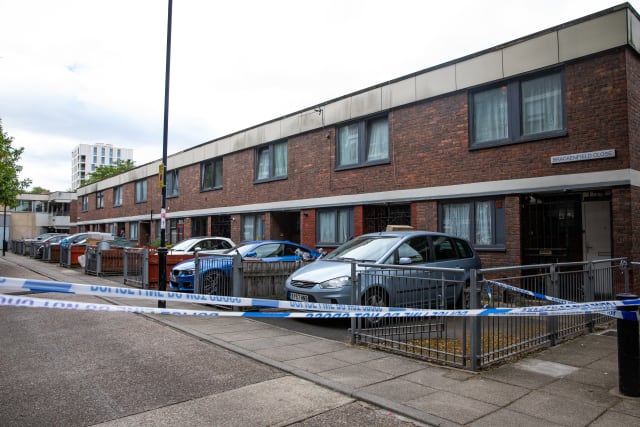 A 22-year-old man has been arrested on suspicion of murder following a fatal shooting in north-east London, police said.

The Metropolitan Police said they were called to Brackenfield Close in Hackney at about 11.30pm on Friday following reports of shots being fired.

Police and London Ambulance Service paramedics found the victim, who was in his 20s, suffering from gunshot injuries.

Despite the efforts of medics and officers, the man was pronounced dead at the scene.

His next of kin have been informed.

The Met said the 22-year-old was arrested on suspicion of murder remains in custody at an east London police station.

Detective Chief Inspector Paul Considine said: “Following initial inquiries we know that there were people in Brackenfield Close at the time of the shooting. I would urge those people, and anyone else who has information that could progress this investigation to get in contact immediately.

“This is a tragic incident that has resulted in the loss of a young man’s life and has left his family and friends devastated. If you can help us find those responsible, then please get in contact.”

A cordon remains in place at the scene while officers investigate the incident.

The murder is being investigated by homicide detectives from Specialist Crime Command.

Anyone with information is being urged to call police on 101, quoting the reference number 8894 of June 5.