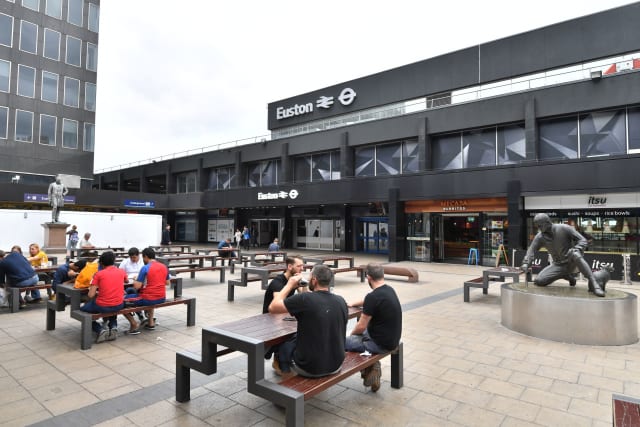 A woman has lost her High Court challenge over proposals to create tunnels near Euston station as part of the controversial HS2 rail scheme.

Local resident Hero Granger-Taylor brought legal action against the Government and HS2 Ltd, arguing that the “three tunnels” plan in the approaches to the north London station could lead a 119-year-old wall close to her home to collapse on to the tunnels below or the existing railway line.

She said the plan is “inherently unsafe” and breaches her human rights.

But in a ruling on Friday, Mr Justice Jay dismissed Ms Granger-Taylor’s claim.

In his judgment, he said that he had not been persuaded that the “three tunnels” design was “unattainable”.

The senior judge said: “I cannot conclude on all the evidence that the three tunnels design is so inherently flawed in the vicinity of the retaining wall that no engineering solution could be found to construct it safely.”

Mr Justice Jay noted that further work on the design is due to be carried out with “numerous levels of checking and review” and that work, assessments and reviews will be conducted “in respect of those features of the project of greatest concern” to Ms Granger-Taylor.

He added that Tim Mould QC, representing the Government and HS2 Ltd, had “accepted in terms that if at any stage during this process it should become apparent that the outbound tunnel under the retaining wall cannot be constructed safely, then the three tunnels design would require modification or abandonment”.

The senior judge said he had “no difficulty” in accepting this because “the defendants would not choose to act irresponsibly.”

He also concluded that, in his judgment, the tunnel design “strikes a fair balance” between Ms Granger-Taylor’s private interests and “the wider public interest in implementing an important infrastructure project in line with primary legislation”.

At a remote hearing last month, the court was told that the proposals could cause a “catastrophic collapse” that would endanger rail travellers and residents living nearby.

In written arguments, Ms Granger-Taylor’s barrister Christopher Jacobs said that the “three tunnels scheme is inherently unsafe and could lead to the catastrophic collapse of an unstable retaining wall immediately under which tunnels are to be excavated”.

Mr Jacobs argued that the plans will cause “considerable settlement and damage to her home”.

He also said that “the conduct of the defendants in proceeding with the three tunnels scheme breaches her rights to family and private life and quiet enjoyment of property” under the European Convention on Human Rights and is therefore “unlawful”.

A report by Colin Elliff, a civil engineering expert, obtained on behalf of Ms Granger-Taylor says that “in the worst case” a collapse “could place rail travellers and residents at risk”.

Documents prepared for the court by lawyers representing HS2 Ltd and the Government said that the court is being “asked to make a direct finding that, contrary to the assessments which have been undertaken to date and the processes which are yet to come, the three-tunnels design is not capable of safe implementation”.

They said that is not a “proper matter” for the court to decide, adding: “Nor is it a conclusion that is properly open to the court on the evidence before it.”