What happens next in the post-Brexit negotiations? 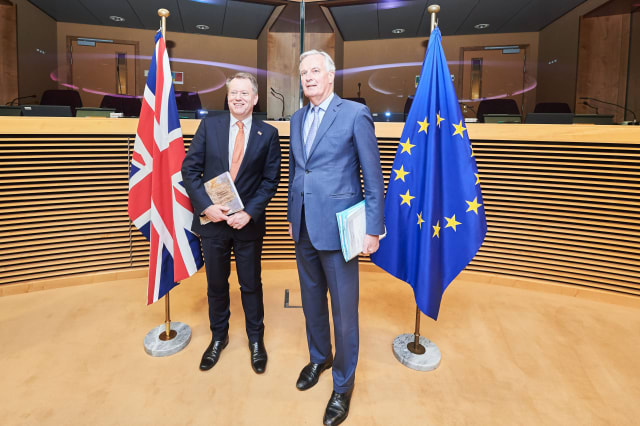 Negotiations on a post-Brexit relationship between the UK and EU are approaching stagnation after four rounds of talks.

Michel Barnier, who is leading the discussions for Brussels, lamented “no significant areas of progress” having been made on Friday.

While his British counterpart, David Frost, conceded that they are “close to reaching the limits” of the formal talks, which are taking place virtually because of the coronavirus pandemic.

Brexit formally took place on January 31, but the UK is still in the transition period in which it follows EU laws until the end of the year.

The two sides are trying to thrash out an agreement on a future relation to include an ambitious free trade deal.

But after four rounds of negotiations, the end-of-month deadline for asking for an extension to the transition is fast approaching.

– So what happens next?

Talks will continue but it could soon be time to bring in the bigwigs, the political leaders who would have the power to make real concessions and compromise.

Though no date is set, the summit is expected to be in the form of a video call between Boris Johnson, European Commission president Ursula von der Leyen and European Council president Charles Michel.

If no major breakthrough is made, all eyes will be on the Prime Minister, who has repeatedly ruled out asking for an extension.

– And what happens if they never see eye to eye?

A senior member of the UK negotiating team said talks could not be allowed to drag on into the autumn without clear evidence that a deal was possible.

Ceasing negotiations would lead to the result everyone says they want to avoid – the UK crashing out of the bloc in a disorderly exit.

While the Government insists it is not a “no deal” Brexit because of the Withdrawal Agreement brokered last year, business leaders are very concerned about leaving without a trade agreement on January 1.

CBI deputy director-general Josh Hardy warned: “Failure to break the deadlock only leaves a choice between an extension that the UK Government has already ruled out or worse, a deeply damaging no deal.”