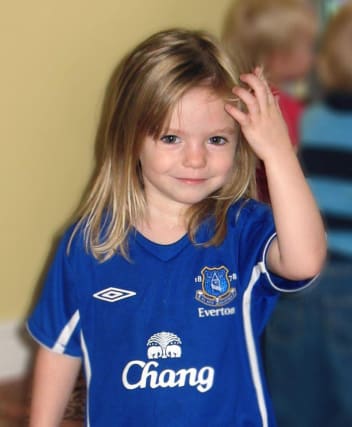 Portuguese detectives face fresh scrutiny over missed opportunities to focus on a local sex criminal in their investigation into the disappearance of Madeleine McCann.

The key suspect in the case, a German paedophile named in media reports as Christian Brueckner, 43, regularly lived in the Portuguese coastal village of Praia da Luz between 1995 and 2007.

A year before moving to the Algarve region he was reportedly convicted of two child sex crimes in Germany, the then-18-year-old serving only part of his two-year sentence.

While in Portugal he worked odd-jobs, and had experience of breaking into apartments as police said he burgled hotels and villas as well as selling drugs.

Madeleine, then three, was abducted from a room in the Ocean Club holiday complex in the area on May 3 2007.

Brueckner received a half-hour phone call from an unknown person around an hour before Madeleine was last seen, and a Jaguar car registered in his name was re-registered to someone else in Germany the day after.

Reports say he had lived at a rented farmhouse around a mile from the resort, and was staying in a distinctive VW campervan at the time, living in a "transient" manner.

German police have released images of the farmhouse in an appeal for witnesses.

Grassy scrubland near the property on the outskirts of the town was extensively searched by British and Portuguese police seven years later in 2014, but no evidence was found.

Portuguese detectives were widely criticised for their handling of the case, missing chances to secure potentially key forensic evidence in the apartment room from where Madeleine was taken.

Brueckner was known to Scotland Yard's investigation but did not become an official suspect until 2017 following information received after the 10-year anniversary appeal and subsequent inquiries, the force said.

He is currently in jail in Germany for raping an elderly woman in the same area of Portugal around 18 months before Madeleine's disappearance, reports say.

German newspaper Braunschweiger Zeitung said he is serving a seven-year sentence for raping the 72-year-old American woman in 2005 after he was convicted at Braunschweig District Court in December last year.

German magazine Der Spiegel reported he was extradited from Portugal in 2017 and initially convicted of drug trafficking.

In 1994, a year before the then-18-year-old moved to the Algarve, he was convicted of "abusing a child" and "sexual acts against a child", the magazine added, citing official criminal records.

He served only a part of his two-year sentence in a young offenders institute.

German prosecutors said they believe Madeleine is dead and are conducting a murder investigation, but Scotland Yard still considers the case a missing person inquiry because there is no "definitive evidence whether Madeleine is alive or dead".