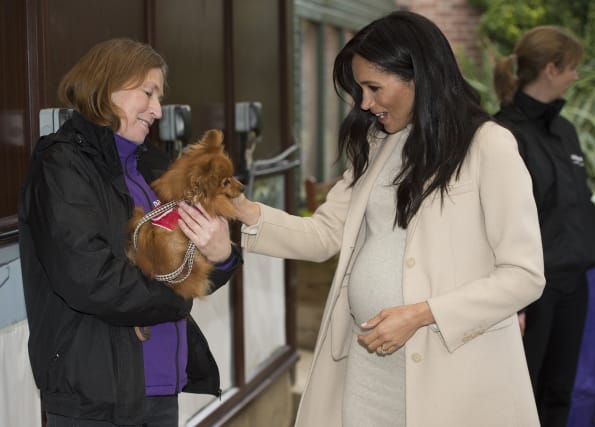 The Duchess of Sussex has renewed her sponsorship of an animal welfare charity’s dog kennel in the name of son Archie – and praised the organisation’s response to Covid-19.

Meghan is patron of Mayhew and writing a foreword to its annual review said she had admiration for its ability in “finding new ways to support animals and people in these uncertain times”.

She added: “What I am even prouder of is that Mayhew’s mission was made for moments like these. It’s not just about cats and dogs; it’s about all of us, about our ability to come together as a community.”

Meghan moved to Los Angeles with Harry and son Archie after the couple chose financial freedom over being working members of the monarchy.

But she remains an active figure in some of her UK causes and said in the foreword: “I would like to extend a heartfelt thank you to all of the volunteers, staff and students at Mayhew.

“As an expression of my own commitment, I renewed my sponsorship of a dog kennel in the name of our son, Archie, to create an interim home for a pet in need.

“I hope you will show them your support in whatever ways you can. When you do, you will be contributing not just to animal welfare but to the shared welfare of us all.”

The duchess brought her American rescue Beagle called Guy to the UK when she married Harry, and the pet remained with the family when they made their new home in California, as did their second dog, a black Labrador.

Meghan toured the charity’s north-west London headquarters in Kensal Green in January last year when she was six months pregnant.

The charity was founded in 1886 and today sees itself as an animal welfare social worker, keeping cats and dogs, whether family pets or companions for the homeless, safe and well alongside their owners, and supporting communities.

It has a pet refuge service, provides vet services to vulnerable owners and has a team of animal welfare officers who work with residents helping local communities.