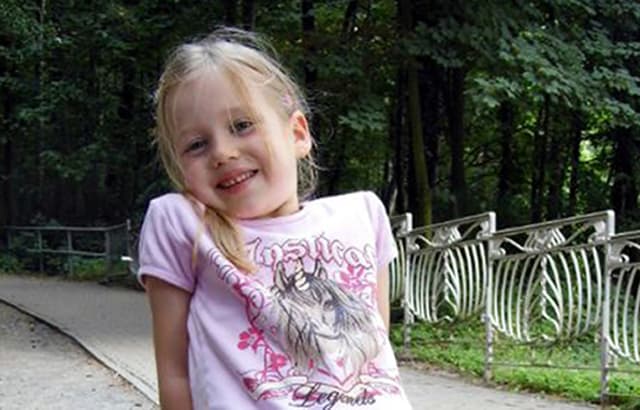 Authorities are investigating the new suspect in the Madeleine McCann case over the disappearance of two other children, according to reports.

The 43-year-old convicted German child sex offender, currently in prison in his home country, has been named in reports as Christian Brueckner.

German prosecutors believe Madeleine is dead after she vanished from an apartment in Praia da Luz, Portugal, on May 3 2007, while on holiday with her family, and are investigating the suspect over her murder.

German news websites have reported that authorities are now also allegedly examining connections to the disappearance of Rene Hasee.

According to reports the then six-year-old, from Elsdorf, Germany, went missing from a beach in 1996 while on holiday with his family in the Portuguese Algarve.

It comes as an investigation has been opened into whether the suspect was involved in the disappearance of Inga Gehricke.

She was five years old when she vanished from a forest in the Saxony-Anhalt region on May 2 2015.

Prosecutors in the northern German town of Stendal confirmed to the PA news agency they are probing possible connections between the cases of Madeleine and Inga.

But they said the man, who has been partially identified as Christian B by local media due to the country's strict rules on the naming of criminals, is not currently a suspect.

He reportedly had a property in the town of Neuwegersleben, around 60 miles south-west of Stendal when she went missing.

It comes after claims, originally reported by Sky News, that the suspect confessed to his part in Madeleine's disappearance to a friend as they watched a TV news report on the case in a German bar on the 10th anniversary of her disappearance.

Scotland Yard said his name was already known to its investigation, but he did not become a suspect until after information was received as a "direct consequence" of a 2017 appeal.

The force's Operation Grange still considers the case a missing person inquiry because there is no "definitive evidence whether Madeleine is alive or dead".

The suspect is reportedly serving a seven-year prison sentence in the German port city of Kiel for the rape of a 72-year-old American woman in Portugal in 2005 after he was convicted of rape at Braunschweig District Court in December last year.

Der Spiegel reported his criminal record contains a total of 17 entries, including a conviction for the sexual abuse of a child in 1994 when he was aged 17, and a 2016 conviction for abusing another child and possession of child pornography.

The details emerged after British, German and Portuguese authorities revealed a new suspect had been identified in Madeleine's disappearance as a fresh appeal was launched on Wednesday night.

Detective Chief Inspector Mark Cranwell, who is leading the Metropolitan Police probe, said he was "pleased" with information coming in after receiving more than 270 calls and emails by 4pm on Thursday.

Madeleine's doctor parents Kate and Gerry McCann from Rothley, Leicestershire, welcomed the latest appeal in a statement saying: "We will never give up hope of finding Madeleine alive."

Their spokesman, Clarence Mitchell, said on Friday: "They certainly will be encouraged to know the appeal is yielding results already and hopefully within that there will be crucial bits of information the police can act upon."

He added: "They are trying to maintain as normal a life as possible under the circumstances, continuing their medical work where necessary and bringing the twins up as best they can, while shielding them from all the attention.

"They wait to hear any developments from police."

The suspect is known to have been living in the Algarve between 1995 and 2007, where he funded his lifestyle by committing crimes, including breaking into hotel complexes and holiday apartments.

His Portuguese mobile phone was in Praia da Luz when it received a half-hour phone call around an hour before Madeleine, three, was last seen.

Detectives said he was believed to have been living in a distinctive early 1980s VW T3 Westfalia campervan at the time and re-registered a 1993 Jaguar XJR6 in someone else's name the day after her disappearance.

Christian Hoppe, from Germany's Federal Criminal Police Office (BKA), has said that German police have not ruled out a sexual motive for the alleged crime against Madeleine.

He said that the suspect may have broken into an apartment in the Ocean Club complex, where Madeleine was on holiday with her parents and her twin siblings Sean and Amelie, before spontaneously kidnapping her.

The revelations raise questions over whether mistakes in the Portuguese probe may have allowed the suspect to slip through the net.