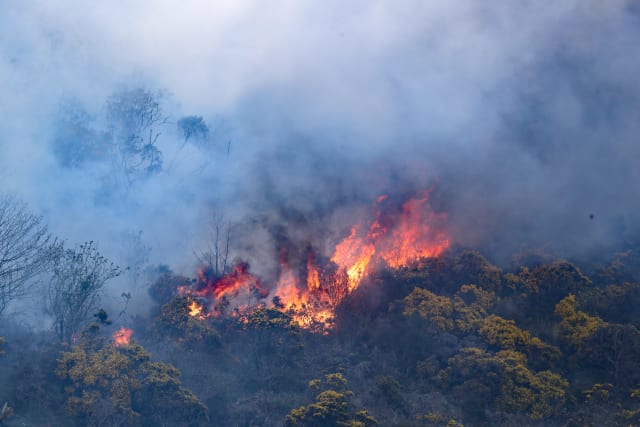 Last month was the warmest May on record with global temperatures 0.63C above average, according to the European Union’s climate change monitor.

The last 12-month period also matched the hottest on record and was close to 0.7C warmer than average, the EU’s Copernicus Climate Change Service (C3S) said.

It comes after the UK experienced its sunniest spring and driest May since records began.

Some parts of Siberia saw temperatures spike up to 10C above average, while parts of Alaska, South America and Antarctica also saw much warmer than average temperatures, C3S said.

On Thursday, Russia declared a state of emergency after 20,000 tonnes of diesel spilled into a river near the Siberian city of Norilsk.

While May was colder than average for Europe, spring was 0.7C above average overall, it said.

C3S said: “Temperatures ranged from well above average over the south-west and far north-east of the continent, to well below average over a substantial region extending from Scandinavia to the Balkans and the northern coast of the Black Sea.”

In April, a report from the UN’s World Meteorological Organisation confirmed the past five years have been the hottest on record globally.

The state of the climate 2015-2019 report found: sea level rises are accelerating; Arctic sea ice, glaciers and ice sheets continue to decline; there has been an abrupt decrease in Antarctic sea ice; and more heat is being trapped in the oceans, harming life there, while heatwaves and wildfires are becoming an ever greater risk.

The findings are based on computer-generated analyses using billions of measurements from satellites, ships, aircraft and weather stations around the world, C3S said.