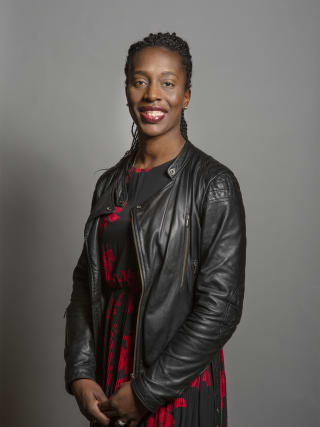 A Labour MP says she has twice been mistaken for black female colleagues in Parliament since being elected last year.

Florence Eshalomi, who represents Vauxhall in south-west London, mentioned the incidents in a letter to constituents about the death of George Floyd and other matters including the Black Lives Matter protests.

“On two separate occasions I have been confused for another black female MP,” she wrote.

“This has also happened to my black female colleagues. The frequency is worrying and lends itself to a lazy racist view that all black people look the same.”

She told the PA news agency that she and other colleagues had planned to write a letter to Commons Speaker Sir Lindsay Hoyle about the issue of being misidentified, but said the coronavirus pandemic had delayed it.

“On the first occasion I was coming through Central Lobby, and an MP ran up to me and just broke into conversation,” Ms Eshalomi told PA.

“Then she stopped herself because she released I wasn’t Kate. She thought I was Kate Osamor. She was so embarrassed she just literally ran away again.

“On the second occasion I was in the Chamber… I was one of the last members to speak in the debate that day, and when I stood up to speak the caption had me down as Taiwo Owatemi, the MP for Coventry North West.”

Ms Eshalomi said the BBC sent an email and apologised, but said that the broadcaster told her it had used the House of Commons’ caption.

While both incidents took place recently, the MP said she has experienced such misunderstandings before.

Having been elected in 2016 to the London Assembly, Ms Eshalomi said she visited City Hall and, after identifying herself, asked reception to call the Labour office as she did not have a pass.

The receptionist picked up the phone and identified her as Kemi Badenoch, who was then a fellow member of the assembly and is now a Conservative MP.

“It came up on my Facebook feed a few weeks ago because it’s four years ago,” Ms Eshalomi said. “I said ‘look at that, four years on and it’s still happening.’

“All those women I’ve referenced are individual politicians in their own right, they’re women I look up to. They’re women who fought to get elected. So they deserve to be named and not to be confused with other black women.

“This doesn’t happen to some of my white female colleagues who sometimes they have their hair down, sometimes they’ll have it back in a ponytail. So why is it if we as black women change our hair or our appearance you can’t recognise us?

“My facial features are the same, my height is still the same. Why is it a common mistake that keeps happening?” she asked.