Face coverings should not be mandatory for shoppers – Shapps 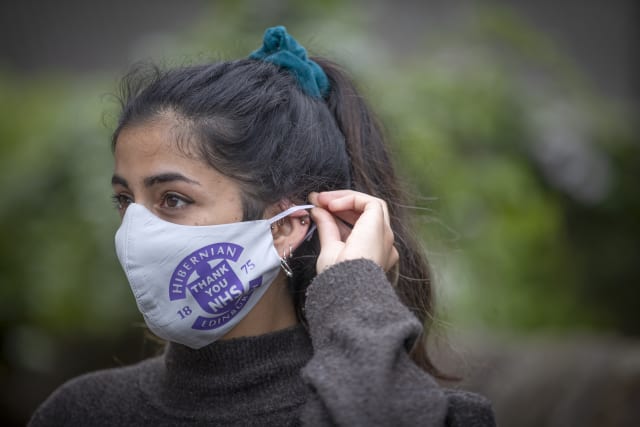 Face coverings should not be mandatory for shoppers despite them being made compulsory for public transport passengers, Transport Secretary Grant Shapps has insisted.

He described transport as “clearly a different environment”, with people spending longer periods of time next to each other.

Mr Shapps told BBC Radio 4’s Today programme: “I think the big difference is that in a shop, you may well pass somebody … but then you are going to move on.

“But on public transport you could be next to somebody for 10, 20 or 30 minutes, so there is a much larger chance of being close to somebody for a longer period of amount of time.”

Mayor of London Sadiq Khan said there would be an “element of discretion and good faith” when it comes to enforcing the wearing of face coverings on public transport.

He told BBC Breakfast the policy would rely a lot on “positive peer pressure”, but urged commuters not to “take the law into your own hands” if they see people without face coverings, and speak to a member of staff instead.

Professor Anthony Costello, a former director at the World Health Organisation, said the evidence that wearing masks prevented transmission of coronavirus was “not very strong” but stated that he would choose to wear one when using public transport.

The professor of global health at University College London told Today that recent studies indicated that masks reduced the risk of transmission by about 14% and were most effective when using a stronger mask material.

“If I’m travelling on a bus or a tube, I’d want to have a face covering,” he said.

Mr Shapps announced on Thursday that face coverings will be mandatory on public transport in England from June 15.

Scottish First Minister Nicola Sturgeon said her government is “considering making it mandatory” to wear face coverings on public transport and in shops.

The Welsh Government has so far said the decision on wearing face masks in public places is a personal choice, while in Northern Ireland they are recommended but not compulsory.

Dr Nagpaul said the risk of Covid-19 would be “much less” if the public wears face coverings straight away instead of waiting for the mid-June start date.

He said: “The BMA recently advocated the wearing of face coverings by the public several weeks ago in areas where they cannot socially distance and believes it is right that people should be required to wear face coverings on public transport.

“Given there remains a considerable risk of infection, with thousands of new cases every day, wearing masks can reduce the spread of the virus.”