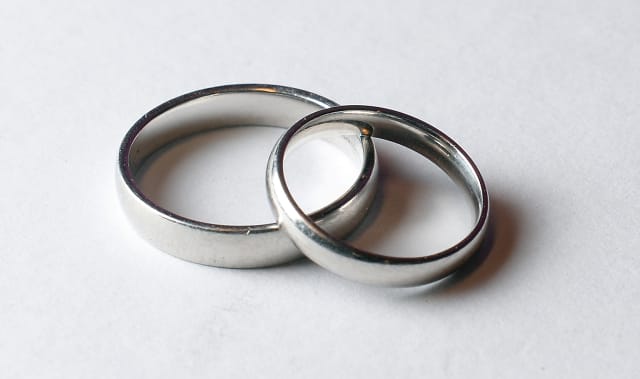 Deputy High Court Judge Robert Peel said the man and woman, who had enjoyed a “very comfortable” lifestyle when together, emerged from the “ruinous” and “self-defeating” dispute with “about £5,000 each of liquid assets”.

The judge said the “level of legal costs indebtedness” was “dismaying”.

He said he could not think of a worse example of “disproportionate and ill-judged litigation”.

The judge said neither the man nor the woman, who are both in their 50s, was entirely free from blame in the conduct of the litigation.

But he said the man was “more blameworthy”.

The judge outlined detail of the case in a written ruling published on Friday after analysing evidence at a recent private family court hearing in London.

He said the pair, who married more than 20 years ago and have three children, could not be identified in media reports of the case.

“After nearly 22 years of marriage, which must have contained happy times together and during which three children were born to whom the husband and wife are devoted, this couple embarked on ruinous and recriminatory financial remedy proceedings,” said Judge Peel, in his ruling.

He said the litigation and “attendant bitterness” had led to fractured relations between the husband and the children.

“One might be forgiven for assuming that all this energy has been expended over great wealth,” added the judge.

“The only liquid asset of any substance is the proceeds of sale of (their former home), some £630,000 currently held on solicitors’ account.

“That sum is now all but offset by the parties’ debts, not least the legal fees.

He went on: “This self-defeating litigation is now over.

“It is scarcely credible that at the end of it all, they emerge with about £5,000 each of liquid assets, having incurred nearly £600,000 of costs, but such is the reality.

“There may be worse examples of disproportionate and ill-judged litigation, but none spring readily to mind.”

Judge Peel indicated that the woman came from a well-off family.

He said her parents had founded a recruitment and training company and set up a care home.

The man had worked in banking before switching to work in one of the woman’s family businesses.

Judge Peel said the couple had lived in a five-bedroom home in London and enjoyed a “very comfortable lifestyle” when together.

The judge said the “real issue” in the case was housing and he said he had tried to find a way in which the man and woman could each “somehow be re-housed”.

Judge Peel said the “net effect” was that each would be left with liquid assets of around £5,000.

The judge said the man would have access to a lump sum from his pension next year which should mean he could buy a property worth £250,000.

The judge said the man would have to rent until then.

He said he was confident that the woman’s family would help her buy a home.