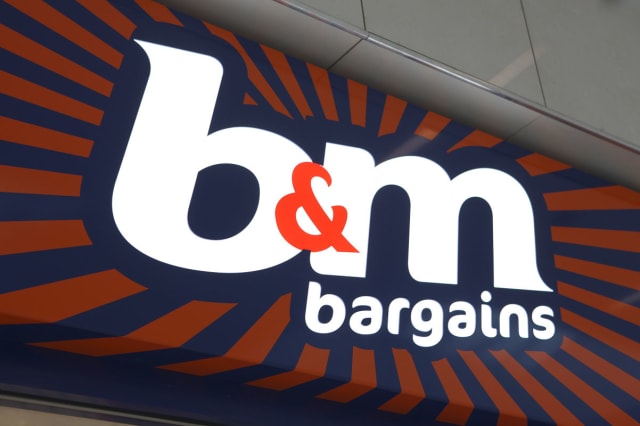 The retail group behind discounter B&M Bargains is expected to reveal strong trading at the end of the past financial year after it was boosted by the stockpiling of store cupboard essentials.

Last month, B&M European Value Retail also hailed a resilient start to the current period as its stores remained open to customers throughout the lockdown.

The group is expected to report surging sales for the year to March 31 following 6.6% like-for-like sales growth in the fourth quarter, when it reveals its annual results in detail on Thursday June 11.

B&M narrowly missed out on promotion to the FTSE 100 on Wednesday after a solid performance by the company’s shares despite turmoil on the high street during the lockdown.

Over the past 12 months, shares in the company have risen by over 10% and remain roughly flat since the start of 2020 despite the impact of the virus.

The discounter recently revealed that like-for-like sales in stores jumped by 22.7% in the eight weeks to May 23, compared with the same period last year.

It said it was particularly boosted by a surge in DIY and gardening sales as locked-down households snapped up home improvement tools and products.

The retailer closed 49 of its stores in response to the virus lockdown but was able to reopen these sites in May.

B&M has also benefited from a 100% business rates holiday this year on all commercial premises in England, although the value of these savings is still unknown.

Despite recent optimism over the group, analysts at Jefferies downgraded it from a ‘buy’ rating to ‘hold’ ahead of the reopening of more high street stores on June 15.

James Grzinic, equity analyst at Jefferies, said that its share value could now stagnate with “more balanced footfall trends likely to prevail in the weeks ahead”.

He added: “The critical issue now is whether this far superior earnings delivery can be maintained in the months ahead.”

Mr Grzinic also stressed that B&M’s prowess in non-food areas “may prove less of a respite later this summer” as more retailers reopen sites and the weather changes.

Investors will be keen to hear further details about the company’s progress during the lockdown and will be eager for guidance on profitability for the current year.