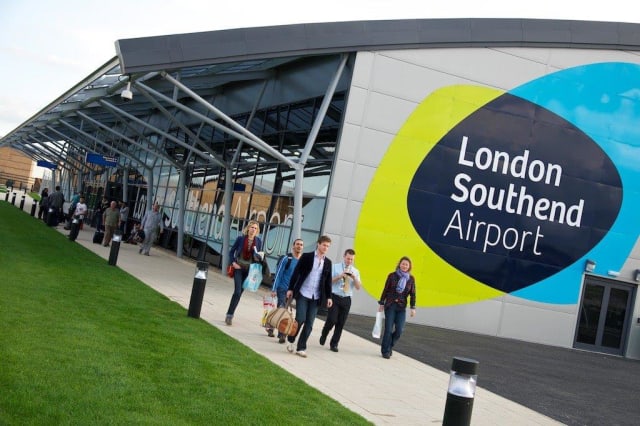 The infrastructure group that owns London Southend Airport has revealed it wants to tap up shareholders and increase its banking facilities with a £120 million cash injection.

Stobart Group said the money would be used to stabilise the business, after also revealing it took a £54 million hit from the collapse of Flybe, which it owned with Cyrus Capital and Virgin Atlantic.

Bosses suggested Flybe could have survived, had the coronavirus crisis not hit, and said the pandemic had “severely impacted” business with several cost-cutting measures in place, including 50% of staff on furlough and pay cuts for senior executives.

To cut back, the board has also said the firm will quit its rail and civil engineering operations from next year. Stobart Rail is one of the companies involved in the HS2 railway project.

Bosses said they would look to “monetise value” from their energy division, either through a sale or strategic partnership.

The announcement, made almost two hours after stock markets closed on Thursday, also revealed that the company saw revenues for the year to February 29 up 15.9% to £170 million, but pretax losses more than doubled to £138 million from £58 million a year earlier.

Plans for raising the extra money will be through an £80 million investment from shareholders and an extra £40 million credit facility from Stobart’s banks.

Bosses said the main focus will be on London Southend Airport to “specifically design and implement an improved passenger experience for post-Covid 19 travel, making use of significant unutilised space and technology to enhance passenger confidence, while providing a cost-efficient base of operation to airlines”.

Warwick Brady, chief executive of Stobart Group, said of the airport: “We will focus our investment and our business in this asset by seeking to dispose of our non-core businesses and, in due course, monetise Stobart Energy.”

On Flybe, the company said: “Flybe had shown promising signs of a turnaround despite the delay to receiving merger control clearance.

“However, given the Covid-19 pandemic and despite the best efforts of all, the Connect Airways consortium was no longer able to continue to fund it.”

The airline had tried to raise funds from the Government to survive, but rivals said at the time the industry should not be subsidised with taxpayer funds.