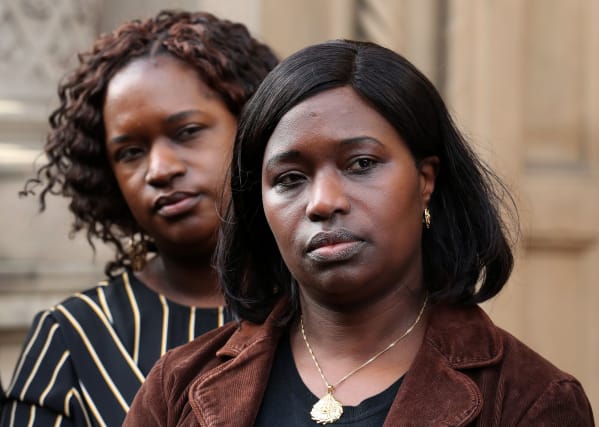 The sister of a man who died in police custody in Scotland has urged those demanding justice for George Floyd to protest digitally due to the coronavirus pandemic.

Her brother Sheku Bayoh died in 2015 aged 32 after being restrained by officers responding to a call in Kirkcaldy, Fife.

His family believes race played a part in his death and a public inquiry was announced by Mr Yousaf in November last year, with which Police Scotland pledged to “engage fully”.

Mr Anwar has previously drawn comparisons to the case with that of Mr Floyd, who died in police custody after a white officer held him down by pressing a knee into his neck in Minneapolis, Minnesota, on May 25.

His death has sparked protests across the US and recent rallies in the UK, including Edinburgh.

“We are united in our abhorrence at the scenes of racial injustice in the US and stand in complete solidarity with the Black Lives Matter Movement and those demanding justice for George Floyd,” it says.

“Like so many we want to stand in unity with millions across our planet to show solidarity with those protesting against racial injustice in the USA but also to support those challenging racial injustice and discrimination in Scotland.”

It adds progress on easing out of lockdown in Scotland is “fragile”.

“The rules in place are there to protect people’s health and ultimately people’s lives,” it says.

“Therefore, as long-term anti-racist campaigners we are still urging people to protest but to use the many other methods available at this time, including digital protests.

“We hope people will understand our position and explore other methods of demonstrating practical solidarity with #BlackLivesMatter.”

Speaking separately from the statement, Ms Johnson said she will not be attending protests planned for Sunday.

“In as much as my family would like to be part of the demonstrations taking place on Sunday for Black Lives Matter, I believe that danger of the spread of coronavirus is still too great,” she said.

“As a staff nurse I know the deadly impact of the virus and I would worry about social distancing on the day and the lives of my family and other lives being put at risk.

“Sadly we cannot attend, nor will we encourage others to go because we believe a virtual protest would be far more effective and involve those unable to attend because of the risk.

“I hope that you will join our campaign, we have fought for five years for justice for my dead brother Sheku and believe Black Lives Matter is as relevant in Scotland.”