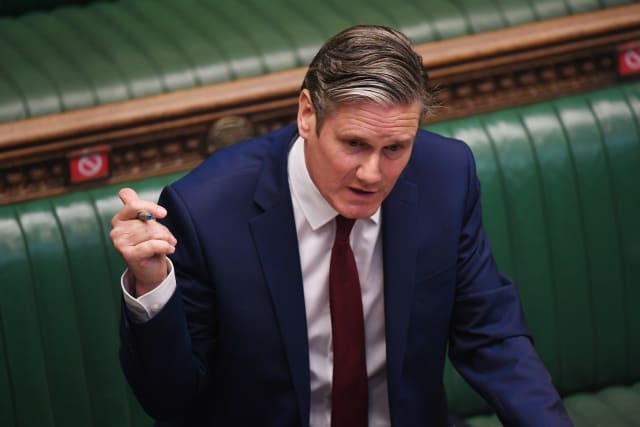 Sir Keir Starmer has called on Boris Johnson to urge Donald Trump to “respect human rights and the fundamental democratic right to peaceful protest” following the death of George Floyd.

In a letter to the Prime Minister, the Labour leader said the UK must be clear it is “ready to stand together with those who seek to tackle the injustice and inequality that remains within all our societies”.

Sir Keir wrote: “In the House of Commons yesterday, I raised my shock and anger at the killing of George Floyd and the response of US authorities to the peaceful protests.

“This has shone a spotlight on the racism, discrimination and injustice experienced by those from black and minority ethnic communities in the US and across the world.

“I welcome that you shared some of the concerns I raised with you and want to use this opportunity to explore what the British Government is doing to urge the United States and President Trump to respect human rights and the fundamental democratic right to peaceful protest.

“I am sure that you share my strongly held belief that the UK has a moral obligation to speak out in defence of these values, no matter where in the world they are challenged.”

He asked Mr Johnson if the Government has raised its concerns through official channels about the reaction of US authorities to peaceful protests, and what additional steps it is planning to reiterate the importance of a “peaceful and proportionate” response to the protests.

Sir Keir also asked if the Government is conducting a review to “ensure UK exports are not being used in the suppression of democratic rights” and asked what steps the Government is taking to reassure black communities in the UK.