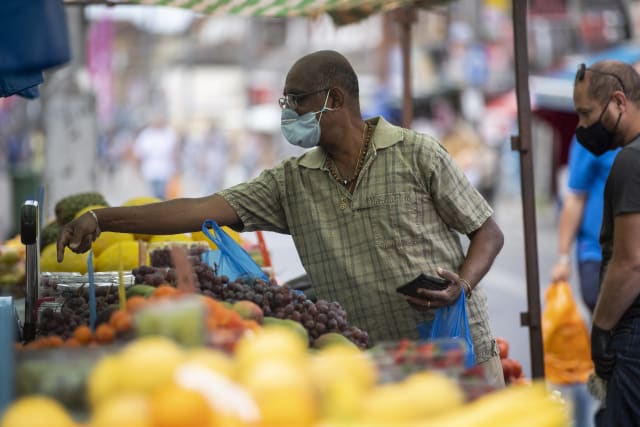 The human rights watchdog will launch a statutory inquiry into the racial inequalities highlighted by the coronavirus crisis in the UK.

The Equality and Human Rights Commission (EHRC) investigation will have the power to compel evidence from Governmental departments and other organisations.

It will seek to answer the “serious issues that have yet to be fully answered” and give evidence-based recommendations to tackle entrenched racial inequalities.

The differences in opportunities across England, Scotland and Wales will also be probed.

EHRC chair David Isaac said: “Now is a once in a generation opportunity to tackle long-standing entrenched racial inequalities. We intend to use our statutory powers to address the loss of lives and livelihoods of people from different ethnic minorities.

“Only by taking focused action to tackle race inequality across Britain will we become a fair country in which every individual can reach their full potential.

“This inquiry is part of our long-term strategic approach to tackle the structural inequalities that the coronavirus pandemic has laid bare. This is an important step towards ensuring that the deep-rooted inequality faced by ethnic minorities is meaningfully addressed as we rebuild.”

Proposals for the inquiry will first be discussed with race equality leaders before the terms of reference are set out in the coming weeks.

A Public Health England (PHE) report this week found that after accounting for the effect of sex, age, deprivation and region, people of Bangladeshi ethnicity have around twice the risk of death than people who are white British.

Those of Chinese, Indian, Pakistani, Other Asian, Caribbean and Other Black ethnicity have between a 10% and 50% higher risk of death when compared to white British people.

But there has been criticism that the PHE report did not go far enough in explaining the reasons why BAME people are worse affected.

Figures have also suggested black, Asian and minority ethnic (BAME) people were nearly 50% more likely than white people to be arrested in London under coronavirus laws.

Equalities minister Kemi Badenoch said she was working with the Government’s race disparity unit to make recommendations on the report, and argued that “this is one of the best countries in the world to be a black person”.

The disparity from Covid-19 also came as protests took place across the UK highlighting the anger felt over the treatment of BAME people.

They were provoked by the unrest seen across the US in the wake of the death of George Floyd at the hands of police, but the message from protesters has extended to discrimination suffered more generally.

A Government spokeswoman said the further work with the disparity unit will “develop our understanding and shape our ongoing response to coronavirus”.

“The Government is committed to levelling up and spreading opportunity around this country. This will be a hugely important part of the economic and social recovery from the pandemic,” she added.